A recent study finds that though FWB have more sexual partners, they're not necessarily having the best sex! 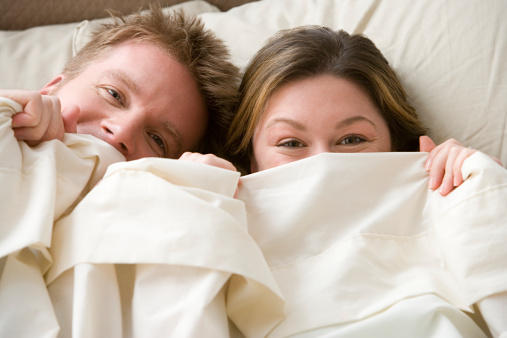 Sex is rarely a straightforward transaction, even when it is, or purports to be, anyway. As in the case of modern pals who decide to forego the complexities of love and romance in favour of a non-relationship relationship in which sex is simply a pleasurable bonus of friendship.

Friends with benefits seem to have it all figured out. Meet someone. Fall in like. Enjoy each other’s company and then add an extra dimension to the enjoyment factor by entering into a mutually acceptable physical partnership sans the complications and grief that can arise when romance is the fire that lights the candle.

Biology, in that case, may be its own reward. Recently, however, researchers from Harvard, Syracuse and Perdue decided to conduct their own investigation into the differences and/or similarities that characterize both types of relationships — the traditional romantic relationship versus the intimate buddy brigade.

As reported online at The Atlantic, 376 people, mostly college-age kids, evenly split as to the diverging natures of their sexual relationships, were asked a series of questions about their chosen sexual practices.

Most of the queries were designed to elicit information about frequency of sex, kinds of sexual activities, fidelity and protection.

While the friends with benefits reported, unsurprisingly perhaps, having significantly more sexual partners over a lifetime — the more traditional couples seem to have sex more often, report a higher degree of sexual satisfaction and ironically spend more platonic time together as friends too.

The kink factor for both is practically nonexistent. It seems almost everyone is on the same page when it comes to engaging in fairly traditional heterosexual sexual practices.

The only area in which friends with benefits scored higher was in their willingness to discuss the possibility of having sex with others, which stands to reason, since the emotional investment isn’t the same as among their more romantic counterparts.