What to do if your man is an emotional outsourcer

If your partner always shuts down when he's upset, marital therapist Andrew G Marshall says to practise this technique to get him to open up. 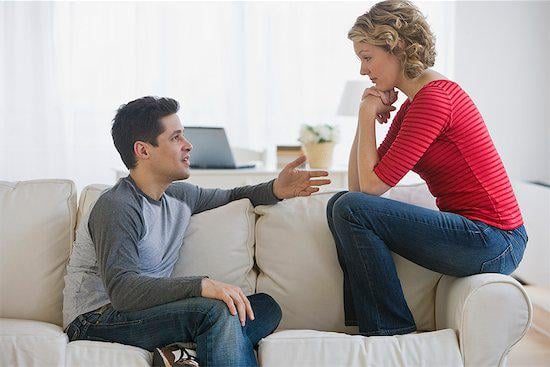 Men “outsource their emotions” to women, says UK marital therapist Andrew G. Marshall in an article for The Daily Mail. And by outsource he means men like to hand over the “day-to-day management” of their emotion to their nearest-and-dearest (a.k.a. you).

That may mean that you’re the one who has to remind him to send his mother flowers on Mother’s Day and a card to his sister on her birthday. It may even mean you have to brief him on how your kids, pets, and mutual friends are faring emotionally.

A good wife or girlfriend will also be preternaturally attuned to her amours emotional ups and downs for him, says Marshall.

“And if we have a real problem, such as depression or anxiety attacks, she will flag it up and send us off to one of the army of women in the caring professions,” says Marshall, the author of My Husband Doesn’t Love Me and He’s Texting Someone Else: The Love Coach Guide to Winning Him Back.

Wow, this good girlfriend/wife gig sounds like a pain in the butt.

Blame society for this state of affairs where men roam the world anxiety- and emotion-free as their female counterparts spend half the night worrying about their husband’s propensity for brooding.

“We men have been brought up to act on, rather than examine our feelings,” says Marshall.

Marshall isn’t just dropping the outsourcing bomb and taking cover, however. Rather, he wants to help women better understand their partners and so he offers some advice for dealing with the  tendency to emotionally outsource. One sign: he shuts down when upset.

His advice: brave the minefield of his temper — emotional outsourcers have a tendency to blow a gasket when they’re suddenly asked to do the hard labour of feeling — and get that man to open up. Ask him what he’s upset about, and here’s the hard part, listen to him even if you disagree with the content.

“If a man repeatedly shuts down and refuses to speak, don’t listen to his excuses about being too tired or work being stressful. This might be true — but only up to a point. He’s angry with you about something. So ask him why, give him permission to be honest (‘I’d rather know the truth’) and imagine that every word he says is true because from where he stands it is.”

Six pieces of marriage advice from a woman married 65 years

The communication technique sabotaging your relationship