Partner or Hus-friend? What to call the modern partner

With more and more couples bypassing a walk down the aisle, what do we call our 'others' if not husband or partner? 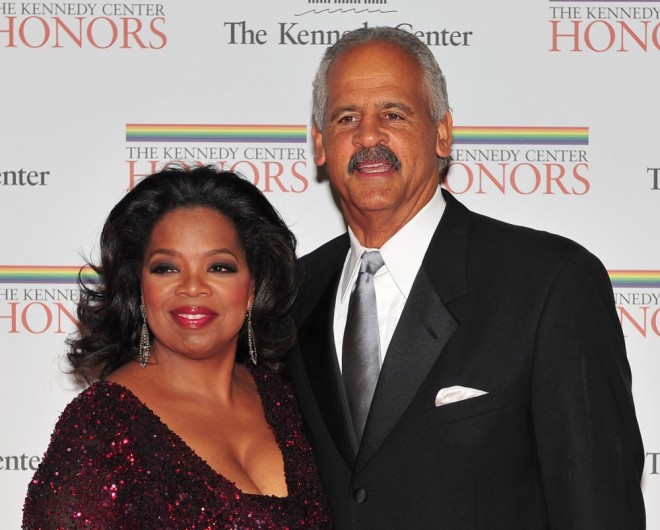 Oprah Winfrey and Stedman Graham, together for more than 25 years, are famously unmarried.
Photo: Ron Sachs/Pool via Bloomberg

Common-law relationships are on the rise in Canada, with last year’s Census report revealing that such unions make up nearly 17 percent of all Canadian family types. The increased challenge to traditional unions brings with it a few unexpected challenges, however. One such wrinkle: what to call your significant other when the designations of boyfriend or husband, girlfriend or wife just don’t seem appropriate.

This state of affairs was recently addressed in a New York Times article, which indicated the issue is felt most keenly by those involved in untraditional relationships.

Part of the problem isn’t just the limited vocabulary we possess when it comes to describing the most important people in our lives. As Elizabeth Weil writes, many of these terms are also either culturally loaded or just sound plain wrong.

“Everyone agrees that partner sounds awful — too anodyne, empty, cold. Lover may be worse — too sexualized, graphic, one-dimensional. Boyfriend sounds too young. Significant other sounds too ’80s. Special friend or just friend (both favored by the 65-and-over crowd) are just too ridiculous,” writes Weil.

Left with only a handful of incomplete alternatives, many people choose to get creative. One woman involved in a serious long-term relationship chose to call her mate her “fusband,” a blend of fiancé and future husband, reportedly.

Writer Kate Roiphe tells Weil that the lack of a language for the way many of us choose to live now indicates we may need to evolve from a less fusty to more forward thinking society. She then personally suggests using the throwback terms of “consort” or “paramour” to describe the person with whom you share a mortgage, mailbox, and even offspring in many cases.

The article doesn’t come up with a neat solution to the problem of what to call the man you’re not really married to but sort of are in a way too. But most would probably admit that boyfriend, fusband and even the impersonal partner is preferable to that most complicated of designations: ex.

What do you think is a good term in this case? Let us know below!