What single men are really thinking

Wondering what's going through that single man's brain? Our relationship expert Dr. Teesha Morgan breaks it down by decade. 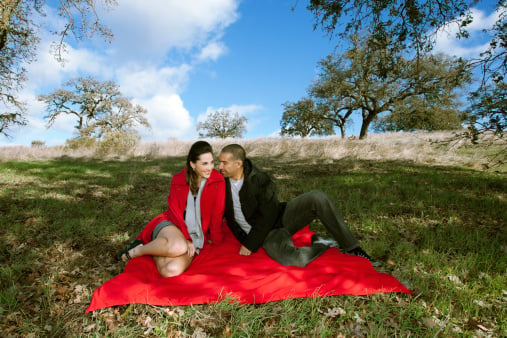 In Straight Talk, No Chaser, Steve Harvey — the comedian, actor and writer — gives straightforward advice on how men think and what they’re really looking for in a partner. I read the majority of Mr. Harvey’s book sober, but a chaser would have been nice on a few occasions where I found myself choking on his words — he continuously refers to sex as “the cookie” and talks about why women should wait 90 days to give it out. However, his insight into how men think — and his bluntness in passing on this information — has sold many copies and helped countless women find, keep and understand men.

Therefore, guided by the problems I see in therapy (conflicts between what men and women each want and expect from their partner) and inspired by Mr. Harvey himself, here is a little decade-by-decade insight into the minds of single men everywhere.

Men in their 20s: Many men in their early 20s devote their brainpower to two main things: how they can play the field to perfection, and which career path to take (whether they’ll pick up a trade, continue with school, etc.). Money and job status are less of an issue, and the chances of him being mature enough to take a monogamous relationship seriously aren’t high.

However, by his late 20s his financial clock often begins ticking, and thoughts of fancy business cards dance in his head. He may slowly start to re-evaluate his playful dating games and take a long, hard look at the kind of women he’s been seeing — and the kind he wants to end up with.

Men in their 30s: This is the decade when many men start to accept the inevitable: playing the field and chasing the tail don’t quite satisfy like they once did. If the man in question has begun to solidify himself in his career and is starting to make the kind of money he’s wanted to earn, then he often begins to envision what fatherhood may look like.

However, a lot of this depends on the age in which a man becomes, in his mind, successful, as research shows that home ownership and earnings affect a man’s marital decisions. If a man in his 30s has not reached the point in his career where he feels successful, he may be quite resistant to the idea of settling down, regardless of whether or not he’s in a committed relationship.

Men in their 40s: Many men in their 40s have chosen to be single, perhaps because they are in a job that makes it difficult to form long-term relationships, are newly divorced and happy to be “free,” or are simply unlucky in love and have decided that marriage and kids just aren’t going to happen for them. Men in this age group are often financially comfortable and not necessarily lonely, as many have nieces and nephews or close friends with children, and they live a comfortable lifestyle with comfortable routines.

Science also shows that never-married singles in this age group find life more exciting than their married counterparts, though this does reverse in later years. Therefore, a man in his 40s isn’t often as driven to hunt for a woman as he may have been in his 20s or 30s, and may not feel as much pressure to make the relationship any more than what it is. This isn’t to say that men in this age group aren’t looking for a partner — as countless men are actively seeking one —  but many have lived comfortable lives without one for so long that finding that special someone who fits perfectly into their existing, well-molded lifestyle can seem daunting.

Men in their 50s and beyond: Many of these men are working to solidify their legacy, focusing on future financial security for children they may have from past relationships or marriages. Men’s bodies, like our own, have also started to betray them by now — high blood pressure, prostate problems, etc. — and they may be far more aware of their own mortality. Trying to eat right and get more exercise begin to take a high priority. This can lead to single men drifting away from their complacent 40-something life, and becoming more open to — and driven towards — finding that special woman to care for them and grow old with them.

Now ladies, this is simply meant to be a loose guide to what single men might be thinking, and how that may evolve depending on their age. Of course, we all know that there are many exceptions to every rule, every man is different, and no one is a mind reader…so please, take my generalized observations with a grain of salt. After all, my mailbox is tiny and hate mail accumulates quickly!