Four ways to stay focused on what really matters in love

Living with someone it can be hard to remember why you first fell in love. Learn how to get over the small stuff and focus on the bigger issues -- that don't involve folding socks. 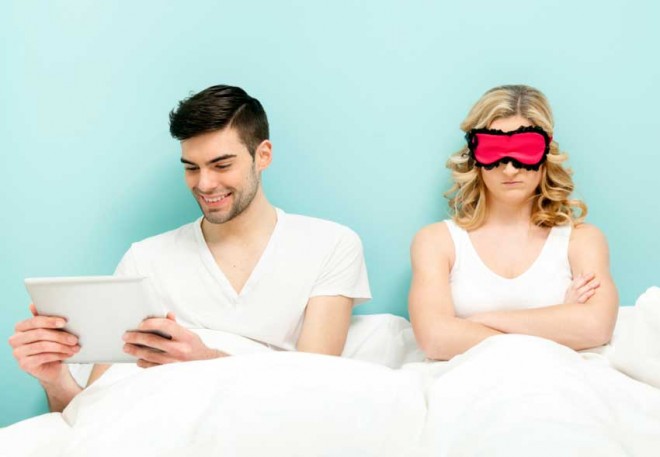 Forget women-are-from-Venus-type thinking. When it comes to relationship issues, there are no specifically male or female complaints.

Men and women “complain about the same things,” says London, Ontario-based relationships expert Dr. Guy Grenier, the author of The Ten Conversations You Must Have Before You Get Married  (And How to Have Them).

An informal poll of committed monogamous men, conducted by moi, suggests Dr. Grenier may be onto something.

Here are four ways to get past your pet peeves and focus on the more important issues in your relationship.

1. Know that no one is a mind-reader
Your partner may know how to set the PVR, but, sadly, he does not possess the power to read your mind, says Jason, 39.

For the Toronto-based husband and father, his wife’s propensity for silently brooding makes him cuckoo.

And that’s not the end of the exercise in frustration. “Once her mind is read, I must then coax out the reasons for her annoyance so that we can then discuss whatever those reasons are. This process concludes, always, with me begging her to please tell me, from the outset, what I’ve done to annoy her.”

The solution for both parties lies in being better, more grownup communicators. That means if you’re upset, no pouting. Tell your partner what’s bothering you. The other party should simply listen with sensitivity.

Speak up, he says, and while you’re at it, you may just find that you grow up a bit too (never a bad thing for a relationship). “Adults listen and clearly express their needs and listen to the needs of others,” he says.

2. Don’t assume people are simply inconsiderate
Jason vents that it irritates him when his wife reads, “in bed with the light on, instead of going into another room” when he’s trying to sleep. And while no one wants to feel like they’re being taken for granted in a relationship, Grenier thinks it unfair to declare someone inconsiderate.

For all Jason knows, his wife may be cutting her reading time short out of deference to his interest in retiring early. “Maybe she wants to read for two hours and she’s shutting her book after 30 minutes –giving up 90 minutes of reading time — and you’re saying she’s being inconsiderate!”

Rather than nurse resentment, cook up a creative compromise says Grenier. Jason could buy his wife a less bright book-light or try falling asleep before she gets into bed at all.

3. Realize that your way isn’t always the right way
George grumbles that his wife never replaces the toilet paper roll, Jason’s wife is hopeless with wet cloths and towels. At the bottom, many domestic disputes related to housework centre on personal preferences. There is no right way to deal with dishcloths — there’s just your way and her way.

If your partner’s cleaning skills aren’t up to snuff, do it yourself (amen!) or strike a deal. “If you like it done a particular way, take that on and trade something off” with your partner, advises Grenier.

4. Never use sex as a way to manipulate
Ian, 36, says when his wife is angry or annoyed with him she refuses to be intimate, a rejection that he perceives as “punishment” and a way to make him “behave.”

Making sex a “currency of exchange is dangerous in a relationship,” says Dr. Grenier. His advice? Don’t do it.

But though the tactic is wrong, there are reasons why people do it.

“It’s very often that we have to solve problems in other rooms of the house before we solve the problems in the bedroom,” he explains.

Next time your partner rebuffs your advances, choose to reflect rather than react. Think about how a careless word spoken in the living room or that messy kitchen may be weighing on his or her mind.