What makes a happy marriage that few people ever tell you

Author Ann Patchett shares her truth on what a happy marriage really consists of, and how people get it wrong. 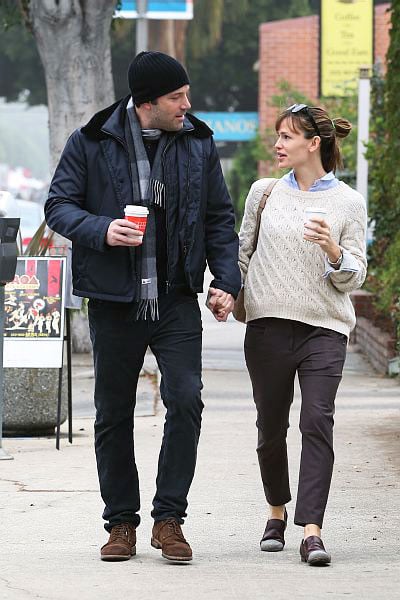 In Ann Patchett’s new book, This is the Story of a Happy Marriage, she writes about all of the things she’s deeply committed to, from her writing and book selling (she owns an independent bookstore) to her dogs and her elderly grandmother. Here, she discusses the hard work of her happy marriage, and her advice for a successful relationship of your own.

Q: The idea of a happy marriage is very appealing, and quite elusive, to a lot of people.
A: People find it kind of shocking.

Q: Exactly. And we tend to focus on flaws and what can be done about them. It’s very nice to hear about a marriage that works.
A: That particular essay, which is very long, is about how everyone in my family, from four generations back, got divorced, and I got divorced and swore I would never, ever get married again. I dated my husband for 11 years and lived down the street from him, and decided that we were happy and would stay together forever but we would never get married. I felt like the only way to break the cycle of unhappy marriages was to never marry. But then my husband got sick and so I said, let’s get married fast. I sold my house and then he was fine! But it’s actually turned out really nice.

Q: Your first marriage was when you were quite young?
A: Yes, I was 24 and it lasted 14 months. It totally didn’t count.

Q: I’ve heard that before. Do you draw conclusions between that first, unhappy marriage and the successful marriage you have now?
A: I don’t draw any comparisons. It’s not like comparing apples and oranges; it’s like comparing apples and Asia. They don’t have anything in common other than the word “marriage.” If you got a couple of eight-year-old kids and they played wedding, and then compared that to the person you’ve been with for 20 years — it’s that different and it’s that incomparable.

Q: When you went into your first marriage, did you believe it would last?
A: There’s an essay about that in the book called “The Sacrament of Divorce.” We had to go and meet with the priest before we got married and fill out a questionnaire. One of the questions was, “Is this a union that can only be dissolved by death?” In other words, would you rather be dead than divorced. And I understood that I wouldn’t rather be dead. It was a disastrous relationship and I knew that as I was walking down the aisle, but I was 24 and stupid.

Q: Do you have enough distance from your current relationship to understand how the mechanisms work?
A: It’s a lot of work. When Ben Affleck won the Oscar last year, he mentioned his wife and the “hard work” of being married, and a lot of people really took offence to that. But I thought, right on. That’s exactly true. Marriage is the third party: it’s you and the other person and the organism of marriage, which requires a lot of attention and feeding and does not operate on auto-pilot. You have to really take care of marriage and tend to it, and it does the same in return.

Q: A lot of marriage advice is full of cliches. Do you have any concrete tips for how to be married and still like each other?
A: Don’t have children. Have fantastically good health. Have plenty of money. And both of you should have extremely fulfilling jobs. How’s that for helpful?