Should couples define what cheating means to them?

The director of Why Men Cheat on why partners should map out what infidelity means to them to ensure they're on the same page. 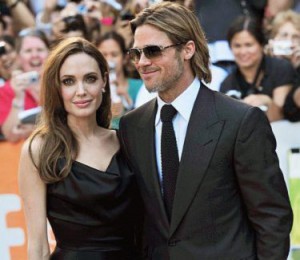 In a recent film that aired on CBC’s Doc Zone, Why Men Cheat, filmmaker Marc de Guerre explores the world of infidelity in a society that supposedly reveres monogamy. Here, de Guerre comments on how modern technology complicates the landscape and answers my many questions about disgraced married congressman Anthony Weiner (who tweeted pictures of his genitals to a woman he had never met).

Q: Why does so much attention revolve around men who cheat? Surely, women crave the kind of excitement and attention derived from acts of infidelity?
A: I think that’s true. But I think men and women cheat for different reasons. Men have a greater need for excitement — and that’s been demonstrated anecdotally and scientifically. Men’s testosterone diminishes the longer they’re in a long-term relationship. The happier a guy is in a peaceful, loving relationship, the more his testosterone is going to decline. And one of the things that will boost it again is sex with a novel partner. When he does that, to get it out of his system, he often thinks it has nothing to do with his primary relationship.

Q: You spend a lot of time in the documentary looking at an historical context. Do you think modern technology is changing the definition of infidelity?
A: We definitely have more opportunities for engagement — you can end up Skyping with someone you’ve never met — and there are more ways to be unfaithful. I have a friend whose wife fell in love over the Internet and moved to Alaska. But it only lasted about three months.

Q: When we start to talk about the means of infidelity changing, it raises questions about whether infidelity is a physical act or an emotional intent.
A: I think it depends on the person. For a number of people, their brain actually shuts off when they cheat. To be able to do it, in a culture that frowns upon it, is to be able to deal with your own guilt. And I think that’s why so many men cheat when they’re on the road for work. You can call your wife and then tell her you’re having an early night. You don’t have to go back to the house you share with her and sneak into the shower. Part of it is a question of how easy it is to lie. Cheating can be very hard on the person who commits the act of infidelity. But rather than planning an affair, a lot of guys stumble into it. After a certain amount of time, they feel bored in their relationship and an opportunity presents itself.

Q: Do you think we have some sort of hierarchy of cheating — say, what Anthony Weiner did is less bad than what Arnold Schwarzenegger did?
A: I think we rank them. A recent example is Mark Sanford, the American governor who met a woman and left his wife and job for her. When affairs seemingly turn into stable relationships — like Brad Pitt and Angelina Jolie — we seem to accept it more. It becomes, “Well, s— happens and people fall in love.” I think one of the worst things we respond to is hypocrisy — the bible thumper who hates gay marriage and abortion and then gets caught with prostitutes. We also get creeped out when there’s a major age difference. And Anthony Weiner is a weird example because nothing really happened.

Q: In a world where almost everyone is friends with at least one ex-boyfriend on Facebook, where does inappropriate behaviour begin?
A: I think it’s forced a redefinition of things. On one hand, it’s a bad sign when someone has a very bad relationship with an ex. But I wouldn’t want my whole life to be satellites of people I dated for six months.

Q: I guess the point is that the Anthony Weiner thing wouldn’t have even been possible 50 years ago. There are seemingly more and more ways to cheat.
A: Definitely. I think there’s an illusion on anonymity. But all it takes is one false step. I think, in terms of sexual behaviour, the Internet is really de-inhibiting. There’s a rabbit hole, and it produces forms of behaviour that are going to become more and more problematic. We have an increasingly emotional relationship with our technology — think of all of the people who have been broken up with over tweet.

Q: Do you think what Anthony Weiner did counts as infidelity?
A: I don’t know. I’m sure his wife wasn’t thrilled. In some ways, it is infidelity because he clearly had a kind of secret life. Men are pretty remarkable at compartmentalization, but that raises questions about who you really are. Which one is the real you: Are you yourself at home, taking the kids to hockey, or are you yourself when you close the door to that hotel room? Some people have incredibly unhealthy schisms in their behaviour.

Q: I think one of the key questions used to be, “Can you be unfaithful without physical contact?” And a newer question is, “Can you be unfaithful if you haven’t even met the other person?”
A: I think, ultimately, the person who decides that is your partner. You have to draw lines for betrayal together. You could be in a relationship where your partner thinks it’s OK that you see prostitutes when you’re on the road.

Q: But I guess a lot of these conversations about what is and isn’t appropriate don’t actually take place until someone has violated a boundary.
A: You should be able to assume some things. But people don’t ever really talk about the protocols of monogamy — much of it is taken as a given. But when do you take down your online dating profiles? These are things to discuss. Some people are incredibly jealous. Men like to look at women; is that going to be a problem? But if your partner’s definition is different from yours, they are ultimately the ones who make that judgment and that’s where things fall apart. But men really like risk — so talking it out with your primary partner and agreeing to terms in advance can really ruin the thrill.