NBA referee Violet Palmer on how to keep men in line

As the only female referee in the NBA, Violet Palmer knows a thing or two about taking charge in testosterone-fuelled situations. Here are four of her strategies for managing men, whether on the basketball court, in the office or at home. 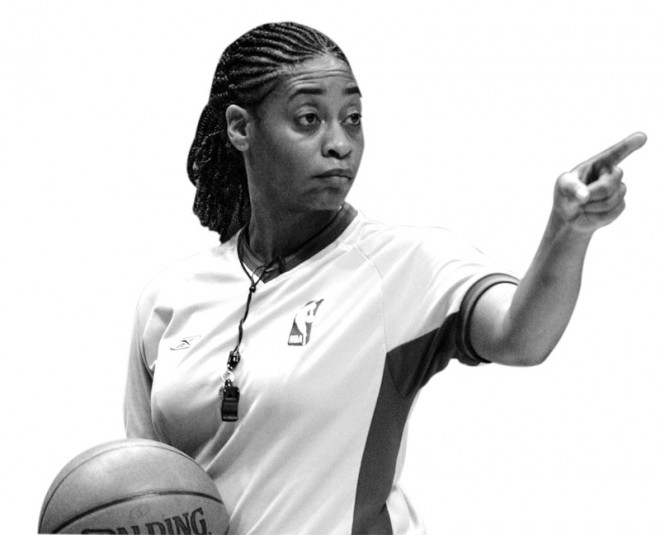 1. Command respect
When I started refereeing for the NBA, I was told the players and coaches would never accept me. In my heart I knew that I could do this job, but also that it would take time for other people to get comfortable. I didn’t try to be something I’m not. I learned early in my career that men accept hard work, and that’s how you earn respect. I always give 150 percent. Now, they couldn’t care less that I’m Violet the female. I’m just Violet, or V, or VP. It doesn’t matter anymore. They look at me as just a cool person who works as hard as they do.

2. Listen first
A lot of male referees will make a call, then defend the call. I’ve learned to just listen. If I make a call and get a reaction, first I listen to what the guy is saying, then I respond. I nod, I look him in the eye to say, “Yes, I heard you.” If a player needs to vent, I let him vent. And I’m honest. Sometimes, I’ll say, “Yeah, I didn’t like that call either.” And suddenly the guys aren’t questioning me anymore.

3. Keep your cool
I can calm a guy down faster than any male referee. Whether it’s a big, seven-foot-tall man yelling at me, or a woman, yelling is yelling. You have to stay level-headed to make good decisions no matter what. So when players and fans get emotional, I don’t. Instead I’ll say, “Hey, you okay? What’s wrong? Do you want to talk about it?” With me, they stop and take a deep breath, and that’s how we get through the situation.

4. Don’t take anything personally
Sometimes I’ll still hear fans yell, “Why don’t you go back to the WNBA?” and I just think, “Is that the best you can do? I’ve been here 17 years, so could you come up with something new?” I’m a referee: I’m used to negative criticism. I can make a call that’s 100 percent right, and it will still be 50 percent wrong, but I don’t take it personally. Some calls will always cause a reaction, so it’s about minimizing that reaction. I keep my demeanour even and stay confident. You’ll shrivel up and die in this game if you don’t.

FILED UNDER: communication How to do everything better