The best romance flicks to watch on this special day that won't make you sick! 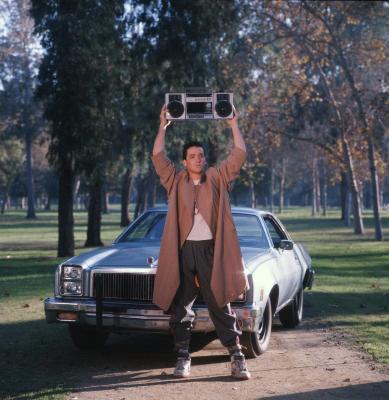 Okay, we all love the romance (and that kiss!) in The Notebook, and choke back tears when Jack dies in Titanic, but maybe this Valentine’s Day you’re scanning titles for a movie that’s a little less sugary, over-the-top romantic. Welcome to our list of 10 Valentine’s Day movies that won’t give you a cavity.

1. When Harry Met Sally
A classic romantic movie, sans the syrupy sweetness, that tells the tale of two buddies who make us wonder—can men and women ever just be friends? Great, snappy dialogue and memorable scenes (Sally’s faux orgasm in the diner, of course) make this a movie that charms you and reminds you that great relationships often do start with great friendships.

2. Before Sunrise
Heavy on the sexy and the drawn-out dialogue, this 1995 flick fulfills university-era fantasies of meeting an Ethan Hawke-like boy in Vienna and falling madly in love. It’s simple in format—we follow Jesse and Celine wandering through Vienna as they keep us waiting on whether they will or won’t get intimate. Because, as the title hints, the couple has one night to pursue their connection before they leave for different countries in the morning.

3. Love Actually
A multi-star cast leads us in a film about love in all forms. We follow several stories in this 2003 British movie about new-found love, unrequited love, schoolyard love, even the end of love. Whether it’s Hugh Grant as a Prime Minister who falls for his assistant, or Alan Rickman’s character who breaks our hearts as well as his wife’s (played by Emma Thompson) when he embarks on an affair, this film will have you thinking and humming that “Love is all Around” us.

4. Eternal Sunshine of the Spotless Mind
Maybe you’ve ripped up pictures, tossed out letters, gotten rid of any evidence of a relationship past. If so, you’ll relate to the premise of this Charlie Kaufman-penned movie that explores the concept of the ability to undergo procedures to erase people’s memories. We watch as Joel (Jim Carrey) and Clementine (Kate Winslett) both decide to have the memories of their relationship erased. And along the way, we—and they—find out what kind of love Joel and Clementine truly had.

5. 500 Days of Summer
Chances are that you’ve been on one side of this relationship between Tom (Joseph Gordon-Levitt) and Summer (the always quirky but charming Zooey Deschanel), the kind where one person’s feeling are just a little bit stronger than the other’s. We follow their relatively one-sided relationship that makes us wonder—what is love? And in the end, we find hope in this surprisingly romantic film.

6. Bridget Jones’s Diary
“I like you very much. Just as you are.” We swoon every time a certain Mr. Mark Darcy (the yummy Colin Firth) utters these words to our neurotic, loveable, relatable Bridget (Renée Zellweger), who articles through her diary the trials and tribulations of her life as a single woman.

8. Say Anything
Oh Lloyd Dobler…we’d probably come out and see you too if you held a ghetto blaster belting out “In your eyes” outside our bedroom window. As you see Dobler (John Cusack) and Diane Court (Ione Sky) start a relationship right after high school graduation, you will remember the intense affections of first loves.

9. Garden State
Surprised? While tragedy underlines this film—in which Andrew (Zach Braff) comes home to his estranged family after his mother dies—it also follows his meeting and falling in love with the unique Sam (the ever-lovely Natalie Portman). Baggage meets baggage in this funny, but touching 2004 film.

10. He’s Just Not That Into You
Like Love Actually, this movie features several crossing plots—the couple who live together but aren’t getting married; the newlyweds whose relationship is broken up by an irresistible blond; the perennial single girl who just can’t seem to get a relationship. And while you’ll be saddened by a relationship that does end, you’ll also find yourself cheering for the ones just beginning.