The surprising cure for your headache

Put that Aspirin down. It turns out there's a much more natural cure for that splitting headache. 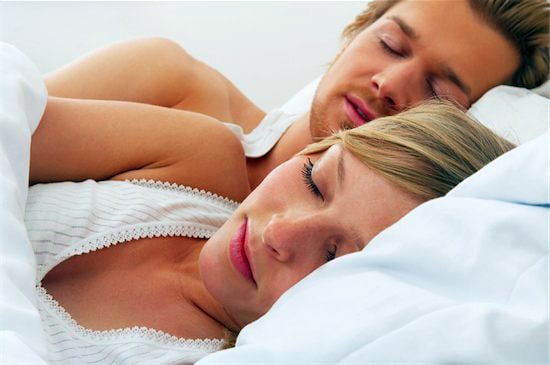 Another tough day at work, another headache that brings you to your knees. That profound ache that runs across your temples and then shoots down your jaw may be one of the reasons why you want to lie in a dark room and bemoan your miserable fate.

But instead of taking an over-the-counter pain medication it might be wiser to do the one thing you don’t want to do: have sex.

A recent study by European neurologists suggests sexual activity is an effective treatment for relieving some (or all) of the pain of a headache.

Researchers from the University of Munster in Germany wanted to see if sex either triggers headaches or alleviates them. For the study, they asked approximately 1,000 chronic headache and migraine sufferers to fill out a questionnaire that related to their sexual activity and their experience of headache.

Once the questionnaires had been examined, the researchers found that more than half of those who had sex during a migraine enjoyed an improvement in their symptoms afterwards.

The palliative effect of dancing the horizontal mambo seemed to be particularly helpful to men who suffered from migraines.

The researchers theorized that sex might relieve headache pain naturally because it triggers a release of feel-good endorphins in the body.

But not every headache sufferer involved in the study reported experiencing the benefits of the endorphin rush that comes with sexual activity. While the majority did say that sex relieved headache pain, a minority indicated that in some cases it worsened the symptoms.

Ultimately, though, the researchers were encouraged by the majority experience and advocated headache sufferers give lovemaking a shot if they want to alleviate their symptoms naturally.