Six things to watch out for when starting a new relationship 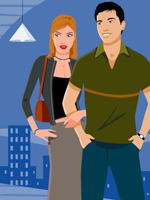 These are strange days for dating. There are countless ways for people to connect, and yet there are a lot of lonely people out there. Do modern men and women lack proper charm and etiquette? Or have times simply changed? As a woman deep in the dating scene, I can report that a new crop of deal-breakers do exist, and they’re ruining could-be relationships everywhere. I spoke with Toronto psychotherapist and relationship expert Tara O’Connell to get her opinion on what we can let slide and what we can’t ignore.
The Courtesy “We”

Two people meet and sparks start to fly – but one of them is in a relationship. That person has the obligation to drop a “we” at some point during the conversation so the other knows the score. (“Ooh, you should check out Weeds. We watch it every Wednesday.”) Last winter, I wasted almost three weeks having dopey daydreams about someone who gave every indication he was doing the same. He sent me cute emails, we had cute conversations, and, most important, he never ever included the word “we” in any description of his life. Then one day I strolled onto an elevator and found him gazing down at a magazine as if he’d found the Holy Grail. “Is that your girlfriend?” someone asked. He kept his head down but murmured with wonder, “She made the cover!” She. Made. The. Cover.

Tara’s Take “There could be a reasonable explanation for a man keeping his options open. He could be on the brink of a breakup or looking for an out. It may be that it honestly never occurred to him to talk about relationship status, so in his mind, he’s clean. On the other hand, you could be dealing with a narcissist who can’t be satisfied with the love of just one woman.” If you want to be certain, try a comment such as “You’re hilarious. Your girlfriend must be laughing 24/7.”

Call me old-fashioned, but the first time I sit down with someone at a bar or a restaurant, I’d like him to keep it in his pants. The cellphone, that is. There was a time not so long ago when the only possible rival you’d face on a date was the hot server. Now it’s becoming standard for your date to arrange his various shiny gadgets between you, like a survival kit for his attention span. The three-second rule works as well here as it does for a burrito dropped on the floor: if attention wanders to a call, text or hot server for more than three seconds, contamination ensues.

Tara’s Take “The proliferation of these devices has progressed so rapidly that our social graces haven’t had time to catch up. Often people don’t see that what they’re doing is rude. Call him out, or make a joke such as ‘I intend to drink a lot tonight, so we’re going to need that space for my wineglasses.'”

If what, where and when become issues, you should probably start asking why. Marly, a full-time secretary in New York, was training for a triathlon in the evenings; Steve, her Internet date, went away most weekends, so they decided to meet for lunch. Steve immediately suggested Marly come to his neighbourhood, though he knew the travel time would eat up most of her lunch hour. Marly asked that they meet halfway and Steve reluctantly agreed. Knowing that she kept modified kosher, he still suggested a Cajun restaurant famous for its (non-kosher) shellfish and pork. Inevitably the date tanked.

Tara’s Take The arrangement of a first meeting can quickly turn into a power struggle. “If the negotiation process becomes arduous and your date is inflexible on the logistics, there’s always the possibility that you are dealing with a controlling person or someone who is just not that invested in the idea of meeting. In either case, you have a decision to make.”

Jane and Jeremy had been dancing around each other in the weeks leading up to a big party, and Jane decided that by the end of the night a date would be set between them. Instead, she found herself stuck in a corner, feeding Jeremy question after question; he answered each one at great length, stopping only to wait patiently for the follow-up. If you can finish an entire drink while he answers a question, what he’s saying (and saying, and saying) is A) “I was raised by a pack of kinkajous” and B) “You couldn’t possibly be more interesting than I am.” Jane wrote the orator off that night – and who can blame her.

Tara’s Take “To override the basic skill of conversational back-and-forth is to send a clear, narcissistic message. That being said, he may think he’s auditioning for you, giving you the information you’re secretly longing for. Be direct and highlight what’s going on: ‘I feel as if I’m interrogating you!’ His response will give you a better idea of what you’re dealing with.”

When I met Craig at a party, he followed his charming opener (“Who are you?”) by congratulating me rather smugly on my “affectation of boredom.” I replied that my boredom was in fact genuine, but he kept at it, and it became clear he was actually trying to impress me. He finagled my number from someone I knew and called me the next night, suggesting I bring my “studied disdain” to yet another party he was attending. Perhaps he thought my irritation (due to his insults) was cute, the way a bully would after snapping the new girl’s bra in front of the whole class. He thought wrong.

Tara’s Take “All behaviour is goal-directed, so it’s possible that, in his admittedly immature way, he was barrelling toward a particular goal (charming you) with an ill-conceived tactic. In order to make the call between whether a guy is insulting you out of nerves or genuine idiocy, look closely at the context and the quality of the remark.”

I met Ryan through mutual friends, and we spent an evening chatting before our group broke up. He asked for my number, and I handed it over, thinking he was a warm and interesting guy, mature beyond his 33 years. Even before I made it home that night, I received a text message expressing his interest in seeing me again, then another and another. I responded, assuming at some point we would exchange more than five words at a time. A week passed and I became certain that sending text messages was not an expression of interest but a cheap, ego-boosting attempt to gauge my interest in him. Indeed, the week after that I learned from someone else that he already had a girlfriend (see The Courtesy “We”), and that my instincts, sadly, were right.

Tara’s Take “Everyone has a barometer for how much texting they need or want to do with a new person.” Sometimes excessive texting indicates that that’s all a guy is looking for: “If actually talking on the phone or communicating face to face is too much pressure for him, that’s probably good to know.” U said it.