Still single? Maybe you should let your parents set you up

Perhaps mom and dad might be the best ones to play cupid. After all, they know you best, don't they? Expert dating tips on the singles' setup. 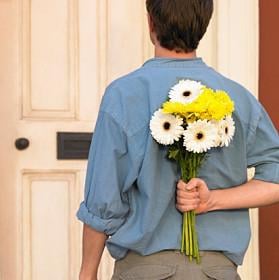 One of the biggest summer stories this year? Millionaire Matchmaker Patti Stanger’s broken engagement. Turns out that marriage is elusive even for the woman who believes that she holds the secret to finding love – for others. Of course, finding your perfect match isn’t easy and it’s not unusual for people to employ every resource at their disposal. After many years of dating ambivalence, I’ve noticed that some of my friends are starting to take their singleness more seriously. Instead of waiting around for some guy to come over and buy them a drink, they now check for a wedding ring and make a beeline. Some have tried Internet dating (with mixed results), and others have friends on high-alert for any eligible bachelors. But when it comes to being set up, what about your parents? Are their matchmaking attempts your worst nightmare or best resource?

I am not the biggest fan of the setup – at least where parents or parent-types are involved. Years ago, when I was planning for a brief move to New York City, a good friend of my parents came for dinner, cocked her head slightly and issued a firm declaration: “You should meet Martin.” Martin was the son of yet more parental friends, and a good-on-paper graduate student to boot. He proved to be an excellent resource for my many important questions, such as where to get a decent scoop of ice cream on the Upper West Side.

Months later, I arrived in the city and we met up. Our first date, strolling through the West Village (with ice cream cones, of course) was promising. Martin was a little awkward, but as he shared his love of books and food and what he had thus far learned in this seemingly overwhelming metropolis, I found myself warming to his geek charm. When I mentioned that I wanted to see some live jazz, he offered to take me the following week. This is where the story takes a turn.

When I showed up at Martin’s Upper East Side apartment for a pre-jazz club drink, Martin was already drunk. He continued drinking at a rapid clip, as I sipped a single glass of red wine, admired his vast collection of Penguin Classics and tried not to get too close to him. When it was finally time to leave, at around midnight, Martin grabbed his keys and a sizable flask of gin, straightened his blazer, and then put on his sunglasses. “No,” I said. “No?” he replied. “No,” I confirmed. “No sunglasses at night.” (Even a relatively permissive girl like me has her limits.) When we finally got into the jazz club – after a brief stop to pick up some beer for Martin to mix with his gin – we found a little table not more than a few feet from an upright bass. I prayed for the show to start soon so Martin would stop slurring in my ear.

The music started. It was good and lively. I relaxed a little. I looked over at Martin. He was passed out over the back of his chair, mouth wide open. I wondered, briefly, if he was dead. But soon the rising and falling of his chest became apparent, and I figured it was best for everyone if he remained unconscious. When the superb first act ended 45 minutes later, the applause woke Martin up. He stretched and yawned and scanned the room, like he had just woken up from a pleasant autumn afternoon nap. I sat across from him, arms folded, awaiting an apology and some indication of personal shame. And what did he say? “Oh, man…that jazz made me sleepy.” Needless to say, there were no further dates.

While most parental setups go a little more smoothly, dating coach Kateryna Spiwak recommends exercising caution. “They’re not the best way to meet people,” she says. “You’re usually the best judge of who is good for you. Family members might not know what we’re looking for, in terms of our needs and deal breakers. They can’t always assess whether he has the right sense of humour, or even whether you’re going to find him attractive.” Parental setups are also sometimes rather thoughtless in their specifics. The formula is too often: “Hey, single person! Meet another single person. You’re both single and so clearly have much in common. Being single and all.”

Spiwak says that years ago her mother set her up with a friend’s nephew, and they talked on the phone a few times before setting up a date. “He seemed pretty dull but I gave it a shot,” she says. When met in person, he did little to disabuse her of that impression. “The holidays were coming up and I asked him about his plans. He said that he liked to get together with his mother and grandmother to bake gingerbread. That was the one thing he had going over the holidays? I don’t think so.”

And even when the date goes well, you have to deal with a whole host of different pressures. A good friend of mine was recently set up by her parents and found herself dating a wonderful man. But now she can’t eat with her family without encountering a table full of elevated eyebrows and leading questions. “It’s a little awkward,” she admitted, of the pressure to immediately settle down with her parents’ top pick.

If you are going to accept a parental setup, Spiwak recommends laying down some ground rules:

1. Do some pre-screening. “You don’t want to waste your time,” says Spiwak. “If I hear that someone is involved in Medieval recreation, I can’t relate.” Suggest talking on the phone before committing to a date to establish whether you have anything in common. (First question: Do you still live with your parents? Are they trying to set you up to get you out of the house?)

2. Get a photo. “Everybody’s online and everybody’s on Facebook so it shouldn’t be a problem,” says Spiwak. “Be honest about whether they look appealing.”

3. Establish some boundaries. Even thought your parents will want to hear how things went, be clear that you have the right to make your own decisions. (And you don’t have to divulge whether or not you made out.)

But disaster scenarios aside, Spiwak recommends being open. “Approach it with a sense of curiosity,” she says. “Don’t interrogate him about whether he wants four children, and just work on having fun and sussing out deal breakers.” If you don’t like him, cut out early. If he’s not for you, maybe he would be perfect for your Medieval recreation-loving friend? “Your parents probably aren’t going to set you up with a serial killer,” says Spiwak. “Worst case scenario, you’ll get some funny stories out of it.” Case in point? I’ve been dining out on that sleepy jazz for years…