Actress Cynthia Nixon reveals what scene in the Sex and the City movie really upset her. 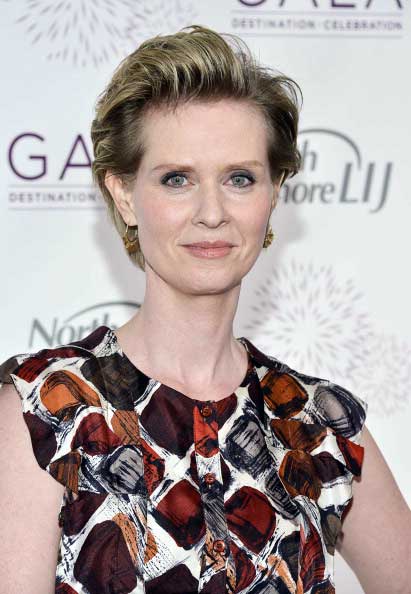 Is Sex and the City about the never-ending search for romantic love and the enduring power of female friendship, or is it just an empty marketing shell, selling pricey footwear and a designer lifestyle to a generation of lonely women who possess an excess of ‘athleisure’ time and disposable income?

It’s not a new question to ask about one of the most popular TV shows in recent decades, a phenomenon that spawned two films and countless bus tours in and around New York City where the show is set. But what is new is that one of the show’s stars has publicly criticized the series for its modern take on the Cinderella story.

In a recent interview with The New York Times Magazine actress Cynthia Nixon, who played no-nonsense lawyer Miranda Hobbes on the show, revealed that she has mixed feelings about the series’ legacy and its affection for lavish spending.

Said Nixon: “It’s an aspect of the show I never liked.”

She went on to indicate distress at how audiences received that message during a screening of the first film.

“I remember when we screened the first movie in London, when Mr. Big shows Carrie that closet he’s built for her and the entire audience clapped. I found that devastating. Maybe that’s a strong word, but I was disheartened. Because I thought: ‘Is this what these women in the audience think true love is? A man who has enough money to buy you a walk-in closet?’”

Her point is a valid one. But it’s possible that Nixon is making a connection that the audience didn’t too. I saw the film, and though I didn’t clap during the scene she mentions, I didn’t really make the connection between romantic love and pricey custom carpentry as much as I made a connection between money and luxury.  Carrie and Mr. Big isn’t really a love story for the ages — I’ve never ever heard a real-life woman wish for a similar relationship. The twosome is really just a successful marriage between (rich) friends with benefits.

But maybe that’s the problem. Carrie and Big seem very much like a romance without the romance, a love story without love and in order to make it palatable enough to swallow the show’s writers had to dress it up with all the accoutrements of luxury.

In the end, the message may not be that true love is a man with enough money to buy you a walk-in closet, but rather that a walk-in closet is an appropriate substitute for a relationship of depth and substance. Oh, Cynthia. Now that’s disheartening.

Tell us, did you find the message of Sex and the City hard to relate to? Let us know in the comment section below.

FILED UNDER: chatelaine-daily romance Sex and the City