Sex and friendship: a story about one woman's complicated relationship

Shauna Carn discovered the hard way that all isn’t fair in love and friendship, especially when the sex thing happens. 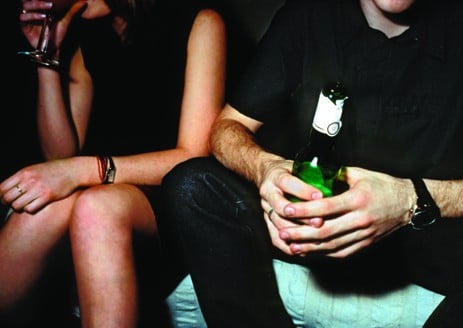 “There is no easy way to preface this.” That was how the email began, and I knew immediately that Mike was breaking up with me. The funny thing was, we weren’t even a couple.

We had been a couple for about 20 minutes a decade earlier — well, as much of a couple as two people in their early 20s who have completely different tastes in music and move to opposite sides of the country shortly after meeting can be. The music’s an important detail. We were passionate about the music in our lives and obstinate regarding the tunes that became the soundtrack to them. A heated difference of opinion on this topic was the harbinger of our romantic breakup.

Fortunately, the end of our fleeting romance paved the way for something better: a friendship. For the next few years we stayed in touch with letters and emails and saw each other on holidays, until we found ourselves living in the same city again. This sparked all sorts of tomfoolery. We’d sink beers and wings at pub trivia nights, raise Cain in the bleachers at Canucks games, and talk for hours about our future lives. We even came around to sharing some musical tastes, which opened the floodgates for rocking out at more than a few concerts together.

So, when it came to our platonic breakup, there was no silly quarrel over an Arcade Fire album or Stephen Malkmus song that signalled the end to come. There was only the email that popped up one random weekday with the subject line “sorry,” and poof! Our 12-year friendship was over.

Oh, and there was also his girlfriend.

Kelly wasn’t the first woman to come into Mike’s life in all the years we’d been friends, but she was the first I suspected could be around forever. Despite the kinship rooted in the decade of friendship that existed between the man she loved and me, she was never keen to spend time with me. And it didn’t seem to matter that I had a serious boyfriend of my own.

I wondered if she suspected that there had been occasions over the years when Mike and I drank enough wine to blur the “thin line” Nelly Furtado sang about that can exist in a friendship between a man and a woman. (Full disclosure: There were those occasions — though never when we were in other committed relationships.) I’m sure she didn’t like it that when their relationship hit a rocky patch, and they split for a while, he confided in me. Finally, I considered that perhaps she was simply a woman who wasn’t quick to befriend other women, particularly not one who had dated her boyfriend, and I got that. I understood that I had to earn her trust.

But then Mike, foolish heart, told me something that changed everything: He’d felt compelled to tell Kelly that there was a not-so-distant time when he’d thought I was the one. No woman wants to hear that she might be her man’s other one, especially when the original one is still very much a part of his life.

(A note about Mike: He was funny, intelligent and a hell of a good cook. Yet, though I loved him, he lacked that indefinable quality that made him my one.)

Unfortunately, notwithstanding his initial outpouring of honesty, Mike dealt with our friendship immaturely as his relationship with Kelly progressed. He’d neglect to mention to her the times we’d meet for a chummy beer or run into each other at a party. Our telephone conversations occurred more frequently on his drives home from work than when he was at home with Kelly. Naturally, when Kelly found out he’d seen me or spoken to me but had hidden it, she was upset. He not only hurt her but also jeopardized her trust in him.

I was confounded by his behaviour. Why would he be so honest with her about our history only to be deceitful about the present?

I concluded Kelly was uncomfortable with our friendship, and I offered to meet her, so I could make her understand I would never steal her boyfriend. But Mike was hesitant.

That’s when it clicked. I realized there was nothing I could say to Kelly that would convince her I wasn’t a threat to her relationship.

When I think back on those sloppy drunk kisses, I recognize the writing was on the wall, but I chose not to see it. If I were to find myself in the same situation again, I would do things differently. I wouldn’t blur the lines between friend and lover. I can now begrudgingly admit that Harry was right when he told Sally that “the sex thing is already out there so the friendship is ultimately doomed.”

Do you agree that when the sex thing happens, the friendship is doomed? Share your thoughts and experiences below.

FILED UNDER: friends with benefits friendship