More likely to throw a shoe at your partner than walk a mile in his Converse? There’s a chance your relationship may be suffering from an empathy deficit. 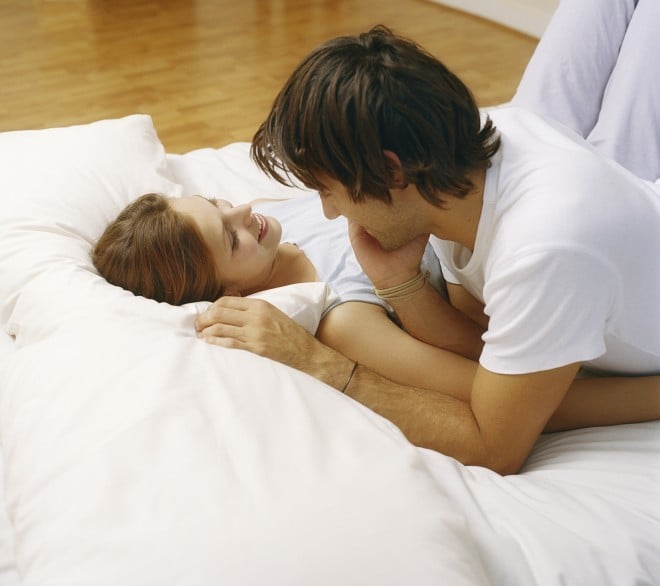 If you’re more likely to throw a shoe in frustration at your partner than you are to walk a mile in his stinky Converse (metaphorically speaking, of course) then there’s a chance your relationship may be suffering from an empathy deficit. Don’t let its temporary absence become permanent, however, because empathy is an essential aspect of a healthy long-term relationship, say Maryland-based relationship therapists Bob and Lori Hollander.

“Empathy [is] more of a deep understanding,” explains Lori. “You put yourself in [another person’s] shoes and use some experience you may have had to say, ‘Oh, that’s how that must have felt.’”

The longtime therapists understand the practical difficulties of applying empathy. They’ve been married for 24 years. “Sometimes it takes every cell in my body to sit across from Bob and hear [his feelings out],” admits Lori, with a laugh. The effort is worth it. “By the end of the day, you’re back in love.”

Here are seven tips for cultivating a greater sense of empathy with your partner.

Empathy is connection
A sign that your relationship may be lacking empathy—you feel as if you’re on your own emotionally. Don’t ignore this symptom of an ailing connection, says Lori, because human beings crave union and if you’ve fallen out of the habit of supporting one another there’s a chance you or your partner may seek bolstering elsewhere.

If you find yourself turning to a comely colleague for emotional support rather than to your one and only, then it’s time to direct your energies to re-forging the heartfelt connection that brought you and your partner together in the first place.

Make time for real conversations
Empathy is the soul of marriage and the “stuff of intimacy” says Lori, but when life gets busy, couples tend to focus exclusively on the 9-to-5 aspects of marriage—the financial responsibilities, child rearing, domestic chores, scheduling, etc. This can come at the expense of emotional intimacy, she adds.

“Empathy takes time and intentional connection and when you’re so busy we see couples just doing the superficial things—the business of marriage—and they don’t take the time or they forget to sit down and have deeper conversations.”

Remember when you first met and you talked about your hopes, dreams and desires (and nobody rolled their eyes while souls were being bared)? Conjure up that not-just-for-courting conversational style once again with your partner and leave the ‘why is your cell phone always off?’ dustup for another day.

No more Mr. Right and Mrs. Wrong, and vice versa
Conflict can bring couples closer together, say Bob and Lori. But only if both partners see it as a means of understanding each other better and not as a battle to be won or lost. Keep your eye on the prize (making it to your golden anniversary, for example, or making it to your in-laws’ house without bursting into tears, to cite a short-term goal) and forget about who’s wrong and who’s right.

Be a therapist to your partner
When it comes to resolving conflict, partners should aim to act as therapists to one another rather than act as judge, jury, and (psychological) executioner, says Bob. So mentally don your tweed jacket with elbow patches and your non-judgmental face (wear a mask, if necessary) and summon up your inner therapist. When you really listen to your partner’s point of view—rather than react to it—they’ll relax more and so will you. Who knows? You may even learn something.

Make the personal connection
Human beings are inherently self-involved—it’s a problem. But you can use that hard-wired narcissism to your advantage, however, and try and imagine how your partner feels by reviewing his or her complaint through a subjective filter, say Bob and Lori.

“Each of us individually only knows our experience,” says Lori. “So find something you can relate to in your experience to help understand another person’s experience.”

For example, if your wife is hurt because you lost the watch she gave you for your birthday two years ago, try and think how it would feel if she came home without the car one day (oops!), or casually admitted she left the flat screen TV on the bus.

Starting to get the picture?

Stop fighting. Seriously. Cut it out!
The biggest mistake couples make is talking well after the emotional temperature has gone from temperate to tropical, say the Hollanders.

“If your anger level goes beyond four on a scale of one to 10, you need to call time,” says Lori. “Go to your corner and soothe your own emotions and come back at a level one to have a dialogue that is not angry. If it gets angry again then stop again.”

Be an advocate for your partner’s feelings
Still having trouble understanding why your partner gets so mad when you call him at work to tell him the air conditioning doesn’t work? Put all those hours watching Law & Order to good use, and pretend you’re his defense attorney advise Bob and Lori. Make a case for his aggravation, even if it kills you.

“The job of a lawyer is to understand the case of the other person,” says Lori.

That doesn’t mean you don’t think your immortal beloved isn’t guilty of being a first-degree jerk for getting so huffy, but making his case against being nagged at work may help you understand his take. (Here’s a thought: he’s at work, what the heck is he going to do about it, lady?)

The value of working for the defense rather than being defensive? Once you see the other person’s p.o.v. you’re halfway to the fullness of resolution.

What other tips do you use to ensure you’re connecting with your partner?