Separate vacations can be good for a relationship

Are individual travel plans a sign of marriage trouble? Not necessarily – it all depends on the couple 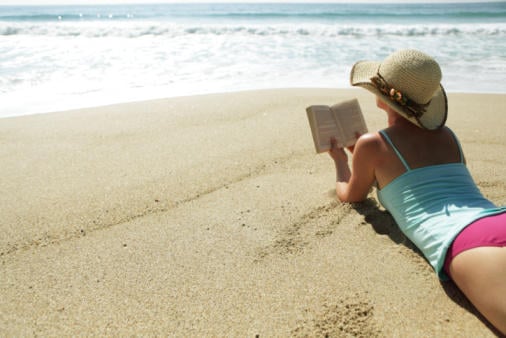 While the idea of a couple splitting up their travel plans can sound foreboding – “Tiger and Elin take separate vacations” was a popular headline last spring – there are plenty of very good reasons that happy, secure couples choose to vacation separately. Many couples even function better when they spend time apart, pursuing their individual interests instead of being attached at the hip and turning everything into a “we” activity.

Dr. Roxanna Irani MacMillan, 33, is a newlywed Canadian who lives in Houston. She and her husband, Kevin, both love to travel and together they have vacationed across the United States, Mexico and India. But MacMillan has also taken trips without her husband, whose schedule does not always align with hers. “If I have a chance to go visit my parents in Toronto or my grandmother in India, I’m going to go,” she says. She also visited Spain with a girlfriend, and Ecuador and the Galapagos Islands with a cousin.

In addition to scheduling problems, some couples have very different ideas about what constitutes the ideal vacation. (Dear future husband, you’re on your own if your travel dream involves the Superbowl.) Other couples have young kids to care for and nowhere to ditch them, or ailing family members that require someone to stick close to home base. Perhaps one partner has a longstanding annual retreat with a group of friends. Or maybe, each partner just needs a break.

For Marilyn Livingstone, a 51-year-old historian from Mississauga, Ont., now living in the UK, her annual week-long solo vacations are less about getting away from her husband of over 30 years and more about getting away with herself. She often rents a cottage in Cornwall or Devon, taking along work and enjoying the quiet. “You don’t spend all of your time asking, now what?” she says. “You don’t have anyone else to please and you can just think about you.”

About a decade ago, Livingstone had a major operation that left her feeling under-confident. She decided to treat herself to a week in Paris on her own—mostly because she was nervous at the idea of maneuvering on her own in a foreign language, “and that was a good reason to do it.” She soon got over her feelings of self-consciousness and leaned happily into the experience. “I remember sitting in a café in the evening after dinner with a coffee and a small brandy, just watching people, and really liking it,” she says.

Beth Mares, a psychotherapist and marriage counsellor in Toronto, says that traveling separately could be good news or bad news—depending on the couple. “If a couple finds that they don’t like spending any time together, then that’s bad news,” she says. “[But] if they have separate interests and they’re happy pursuing them, that’s a great idea and it suggests that they’re secure and mature and not overly dependent on each other. It’s really important that couples have some things that they do separately—whether it’s separate vacations or just hanging out with separate friends and doing something they enjoy.”

Sheri Stritof, who has been with her husband for 47 years and is the editor of About.com’s Guide to Marraige, says that separate vacations can be good for a relationship. “Couples make too big a deal about being separated,” says Stritof, 67. “One of my biggest fears, when I got married at 19, was what’s going to happen to Sheri? We both have a need to be who we are.”

For their part, MacMillan and her husband also enjoy travelling together; she acknowledges that it can put a strain on the relationship, but it can also encourage patience and compromise. “Even the process of planning the trip can be tiring,” says MacMillan. “Have you read the guide book? What temples do you want to see? Why do you want to spend so much on a hotel when we’re never going to be in the room?” But she adds that travelling together has taught them how to negotiate each other’s interests: beach and spa time for her, temples and artifacts for him—and they accommodate each with genuine enthusiasm.

But even as MacMillan and her husband improve on their travelling dynamic, she continues to value the solo time spent with her family, and the trips she takes with her best girlfriends. She also remains pragmatic about the scheduling issues that so often dominate modern love and sometimes make it necessary to divide travel time: “Of course, I’d love for him to be with me, especially at family visits, but if he can’t, then it shouldn’t prevent me from going.”