Is Cinderella bad for our daughters’ future self-esteem? 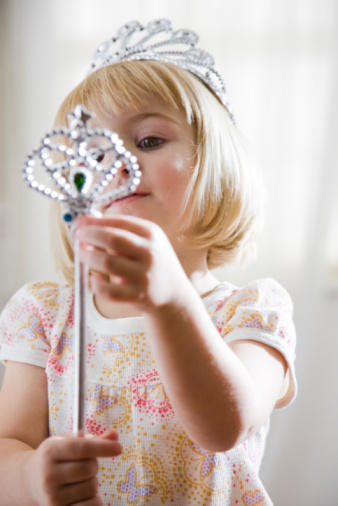 The plight of boys has been making headlines for the past five years: They’re bombing school! Addicted to video games! Failing to launch! So girls are home free, right?

No way, say the psychologists and researchers whose ability to make mortgage payments depends on detecting girl crises.

According to Cinderella Ate My Daughter, released in January, the toys girls play with may have serious negative effects, not only on their self-esteem but, later, on their sexual behaviour. Hairs standing up on the back of your neck yet? Yes, it’s a girl crisis all right! Although American journalist Peggy Orenstein’s tone is different — wry and memoir-ish rather than grimly urgent — her exploration of pop culture’s impact on the lives and psyches of girls starts with the standard assertion of all girl-crisis lit: Our daughters have it both easier and harder than ever before.

As one gender barrier after another has fallen, experts have insisted that the more equal the playing field becomes, the more dangers girls face. In the ’60s and ’70s, some conservatives warned that equality of opportunity and sexual permissiveness threatened the minds and bodies of girls. In the 1980s and 1990s, many feminists declared that girls were, increasingly, victims: of date rape, of the beauty myth, of a backlash against feminism, of academic discrimination and of what bestselling author Mary Pipher called “a girl-poisoning culture” that renders girls “much more oppressed” than ever before. Today’s crisis concerns girls’ sexuality: they’ve morphed (in the media, anyway) from cowering victims to hussies who dress like hookers and service boys they barely know — brainwashed, so the argument goes, by highly sexualized media images.

Now, there’s some truth to every girl crisis, which is one reason they resonate with mothers, who are all too familiar with the overwhelming pressure to look good and be good — at everything: sports, relationships, work. And, weirdly, there’s something comforting about a girl crisis because it presents a cosmology, a complete system for understanding this brave new world that’s so different from the one in which we grew up.

But actually all girl crises are rooted in an old-fashioned stereotype: Girls are passive creatures to whom bad things happen. Nothing is ever girls’ fault; rather, blame is pinned on male privilege or “the culture” (a problematic concept in this day and age, when two girls may live next door to each other yet be immersed in entirely different stews of values and practices). Yes, societal factors are also cited as causes of boys’ troubles, but there is a strong sense in most boys-are-failing literature that boys themselves — and, in some cases, absent fathers (for once, mothers aren’t blamed) — are to some extent responsible for their fate. They’re lazy, we’re told. If only they could be as disciplined about their homework as they are about downloading porn!

It’s interesting to consider why the better girls do, the more emphatically experts stress the obstacles to and internal costs of their success — and why, as parents, we want to believe girls have it worse than boys. It’s as though we don’t quite accept our daughters’ actual achievements. Females now make up the majority of the student population on campus as well as the majority in almost all professional programs, such as law and medicine. In today’s economy, with manufacturing jobs going the way of the woolly mammoth, higher education is key, and girls appear poised to rule the world.

This didn’t happen overnight. It began a quarter century ago but went largely unnoticed because of the hullabaloo over the girl crisis of the day. Remember that American Association of University Women (AAUW) study in 1991 claiming girls are “silenced” in the classroom? It felt entirely plausible. But in reality, by 1991, girls had surpassed boys on many significant academic measures; they were already, for instance, in the majority on American campuses. (Perhaps that explains the “silence”: they were busy studying.)

The AAUW study inspired Peggy Orenstein’s 1995 bestseller, Schoolgirls. She writes wonderfully, conversationally, with rueful humour and zero pretense. Reading her is like listening to your very smart friend riff on her favourite subject: She’s so convincing that it’s only when you get home that you think, “Wait a sec — her argument isn’t as good as she made it sound.”

For instance, Orenstein wrote, “By adolescence, girls have learned to get along, while boys have learned to get ahead.” It felt plausible, but . . . look what happened to the kids she studied. Significantly more men than women in the 25-to-34 age group are still living at home. Is the 30-year-old guy living in his parents’ basement really ahead of his sister, who’s scrambling to build her law practice?

In Cinderella Ate My Daughter, Orenstein recounts how she set out to raise her daughter to have no sense that gender could be a limiting factor. Dolls and trains, in other words. But her kid was having none of it. She tossed Thomas the Tank Engine and became obsessed, like many a modern three-year-old, with Disney Princesses, archetypes of the most retro brand of femininity. As you might imagine, given her belief set, Orenstein freaked. Then she wondered, as so many mothers do:

How big a deal is it, really, if I give in and buy her what she wants? Her book is an investigation into the role marketing plays in girls’ lives, supported with some thought-provoking data, some brilliant but not entirely persuasive arguments and some highly entertaining anecdotal forays into the world of baby beauty pageants and Miley Cyrus concerts. Whether you agree with Orenstein or not, she’ll make you laugh and think — pleasant diversions while carting your daughter off to the nunnery, which is exactly what you’ll want to do if you buy the entire girl crisis she describes.

The issue this time is all of popular culture. Orenstein writes that when little girls fall for princesses, it’s often their “first foray into mainstream culture” and it occurs when “their brains are also at their most malleable, the most open to long-term influence on the abilities and roles that go with their sex.” And what message does the princess whisper in girls’ ears? Not that girls are “competent, strong, creative or smart, but that every little girl wants — or should want — to be the Fairest of Them All.” And, unlike Barbie, who has a hectic lifestyle what with working, travelling and dating a metrosexual, a princess doesn’t have much to do except wait for her prince to come.

Princesses have been around forever, but they probably weren’t your main playthings as a child. The Disney Princess products did not exist before 1999; by 2009, sales of Princess items totalled $4 billion — “the largest franchise on the planet for girls ages two to six.” Of course, parents are the ones buying this stuff. Orenstein suggests we do so not because our daughters beg and plead, but because princesses seem like prophylactics: “proof of our daughters’ innocence,” protection against early sexualization. However, she believes, they in fact introduce girls “to a consumer culture that will ultimately encourage the opposite,” priming them to buy, buy, buy — and a few years on, at the eye-rolling stage, they’ll rebel against force-fed innocence by snapping up the most bootylicious items they can find.

This virgin-whore transformation is writ large on the public stage, Orenstein believes, by pop princesses like Britney and Lindsay and Miley, who, as they age, escape the sales-limiting stereotype of innocence by shucking clothes in a “spectacular slide from squeaky to skanky.” This encourages girls “to view self-objectification as a feminine rite of passage.”

It’s a classic dazzling, speculative girl-crisis leap: Get your kid a Princess backpack and she may wind up prancing around panty-less, like Britney. It feels plausible, but . . . what about all of those Princess owners who fall for soccer? vampires? chemistry? And while we’re at it: Is emulating a pop star better or worse than being “silenced” at school?

Orenstein is on more solid ground deconstructing how marketing precedes and shapes beliefs about children. For instance, the association of the colour pink with girlish innocence is relatively recent; when nursery colours were introduced about a century ago, pink was “the more masculine hue.” And “tween” only came to be understood as a distinct psychological and physical phase of development after being invented in the mid- ’80s by marketers seeking to boost consumption. (It worked: Tween girls now “spend more than $40 million a month on beauty products.”) One of the easiest ways to pump up sales is “to magnify gender differences — or invent them,” so parents have to buy a pink cup for Emma, a blue one for Max.

The problem, she writes, is that, increasingly, a girl’s sense of being a girl is defined by possessions, not character, so “narcissism and materialism” may become inextricably connected to her sense of feminine identity. Or, to put it another way, “rather than raising a generation of Cinderellas, we may actually be cultivating a legion of stepsisters.” It’s an elegant theory, though it doesn’t explain why many girls wind up ditching their Cinderella dolls and take to crusading against overpackaging.

Although Orenstein takes issue with Leonard Sax, author of the 2010 crisis classic Girls on the Edge (he’s for single-sex education, she’s against), she agrees that an epidemic of emotional emptiness is inevitable for girls who are steeped in marketers’ images of femininity. They wind up as mini-marketers themselves, pushing their “brands” on Facebook; they are disconnected from their own sexuality because, early on, “they learn how to act desirable but not how to desire.” In a 2008 American survey, 22 percent of teen girls said they’d electronically sent or posted nude or semi-nude photos of themselves; sex is about exhibition, not something you actually feel. A topless photo is a cool way to expand your footprint in the marketplace.

While speculative, this is as good an explanation as any of girls’ online antics, and the distinction between Orenstein and other girls-in-crisis authors is that she does imply girls’ agency in these displays: They are not helpless robotic flashers, but girls making possibly self-injurious decisions for reasons that, in her view, are linked to a series of choices they (and their parents) have made as consumers. Whatever quibbles one has with her theory, it is at least modestly revolutionary and optimistic in the context of a 50-year girl crisis in which girls have been painted as sitting ducks. Consumers are not, after all, mindless dupes. They’re decision makers — and capable of changing their minds once they recognize they’ve made a bad purchase.

In other words, our daughters are subject to many influences — and Orenstein is right that early on, when we have more control, we should think hard about which ones to permit — but they are ultimately the authors of their own mistakes and triumphs. Of course, girls themselves, judging by the strides they’ve made while the pendulum has swung gaily from one girl crisis to the next, recognized this long ago.

What do you think about this article? Share your opinion here.