It seems Charles Saatchi had a few things left to say about his alleged attack on soon-to-be ex-wife Nigella Lawson. 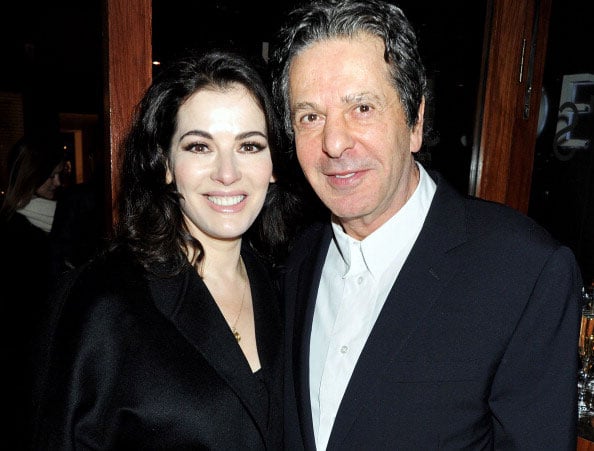 I didn’t think U.K. art collector Charles Saatchi, the 70-year-old husband of domestic goddess Nigella Lawson, could behave any worse than he already has over the past few weeks.  But then he went and announced he was taking the “heartbreaking” step of divorcing Lawson — offering an official statement in the The Mail on Sunday (via Maclean’s).

“I am sorry to announce that Nigella Lawson and I are getting divorced” and goes on from there to offer reasons why.

The primary reason appears to be that Lawson didn’t publicly defend Saatchi after the photos of his acting like a bully — he put his hand on her throat and tweaked her nose during an argument on a London restaurant patio — were published recently.

Stated Saatchi, “…I am disappointed she was advised to make no public comment to explain that I abhor violence of any kind against women, and have never abused her physically in any way.”

While it’s impossible to know what Lawson and Saatchi’s 10-year marriage was in its private reality, Saatchi’s frequent public explanations for his behaviour during that lunch indicate a a serious lack of sensitivity, a marked crudity — at one point he said she had “snot” in her nose hence the tweaking — and an ego impervious to personal reflection.

Though it may sound old-fashioned to note it, Saatchi’s demand that his wife defend him publicly seems less than chivalrous to put it mildly. But then again so do his tweaks and throat grabs, so perhaps he’s just being remarkably consistent in his behaviour.

In the end, that consistency may be the real reason why the two are headed to divorce court.

Through the whole mess, Lawson has maintained a dignified silence. Saatchi’s public attempts to paint himself the victim only confirm my sense that Lawson is better off without him. A domestic goddess deserves a god, not a tantrum-prone cherub.

Lawson also deserves credit for her silence — not censure as Saatchi suggests. Because it’s hard to keep quiet — not to mention sane — when an intimate turns on you publicly.

But many women and men have and will endure such a betrayal in their lives. Here’s hoping the truly heartbroken find some measure of inspiration in watching Lawson take life’s tweaks on the nose and keep going.