Are your physical hang-ups affecting your love life?

Do you often think, "If only I were prettier..."? Read on for ways to overcome low self esteem and ensure your insecurities don't ruin an otherwise-healthy relationship. 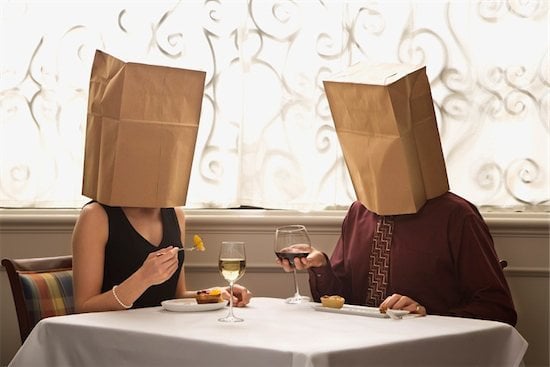 “Jen, sometimes I think you’re not pretty enough for me.” These were the unbelievably awful words spoken to Jennifer Tress by her then-husband. He had been acting distant and Tress approached him to find out what was wrong. Shortly after he made those remarks, she found out that he had been cheating on her with a woman she describes as her physical opposite: “blonde, thin with a hard body.” Tress says she wasn’t raised to put a whole lot of stock into her appearance. But, after this, she wondered if maybe looks are more important than she thought.

Recent research by Dove — yes, Dove of the shampoo and body wash world — has found that by the age of 14, 55 percent of Canadian girls feel pressure to be beautiful. By age 29, it’s 96 percent. Shockingly, nearly half of Canadian girls ages 10 to 17 have avoided social activities and even offering an opinion because they feel shame about the way they look. Finally, only three percent of Canadian women ages 18 to 64 consider themselves “beautiful.”

We’re obsessed with appearances — and, as the statistics demonstrate, the appearance we’re most often hung up on is our own. So what happens when we don’t think we’re pretty enough, and how does it affect our relationships?

Kjerstin Gruys, a sociologist in Los Angeles, became exasperated trying on wedding dresses, as self-criticism and body image issues started to put the kibosh on her ability to enjoy an exciting new time in her life. She wrote in the Daily Mail that her soon-to-be husband was adoring and complimentary, but that she was “almost willing him to realize he could do better. Worse, as I became increasingly insecure about my body, I started treating Michael as though he was stupid to find me attractive. I snapped at him. I corrected him when he called me beautiful and, worst of all, I almost always refused to make love if I ‘felt fat’.

In her Toronto therapy practice, Lisa Kelly often sees how low self-worth and body image issues can undermine intimate relationships. Women who feel unattractive might personalize of misread a partner’s ambiguous behaviour (read too much into silences or bad moods, avoid revealing insecurities and making themselves vulnerable, and anticipate rejection and act accordingly. Kelly says that women with low self-esteem, might “fear our partner will discard us for someone ‘better’ and neurotically ‘better’ ourselves — by dieting, pumping weights or doing whatever we think will make us more attractive in our partner’s eyes.”

When Kailei Picciotti was 17, she started to model part time. When she posted the subsequent photos online, she started receiving anonymous messages from bullies, mocking her body. “I started to brainstorm about how I could counter all of my cyber bullies’ harsh words,” she says. Picciotti decided to take a stand by launching the This is My Body Project, where people of all ages and sizes post unadulterated pictures of their bodies in the name of accepting themselves just the way they are.

Picciotti was overwhelmed by the response — the project has over 20,000 “likes” on Facebook — and she’s been privy to the struggles of many women who don’t like their looks. “Low self-esteem can change everything within a relationship,” she says. “Women who are self conscious about their appearance hesitate when it comes to their intimate lives. Their insecurities will thwart their ability to orgasm because they can’t enjoy sex. They’re constantly thinking about what parts are jiggling or if their partner is looking at them with judgment.”

But it can get better. Gruys, fed up with feeling bad about her appearance, decided not to look in any mirrors for a whole year. Mirror, Mirror Off the Wall was the subsequent book (and blog) she published, and it chronicles how her experiment minimized body image issues and even improved her personal relationships. “I’d always been a perfectionist, but during my time without mirrors the need to hold myself to exacting standards seemed to lessen,” she wrote. “I cared less about how I looked, reminding myself it was okay to be ‘good enough’… Today, a year after my experiment, when I look in the mirror I see a happy and energetic woman. Instead of worrying about how I look all the time, I’ve learned to just enjoy my life.”

Tress has long since walked away from her cruel-mouthed husband, and she’s become “an accidental body-image activist.” Her new book, You’re Not Pretty Enough, chronicles the full story of her now ex-partner, among others, and she has set up an online self-esteem forum for people to share their stories and encourage each other. She has also started speaking on college campuses and found an extremely receptive audience of women. “In the morning, we look in the mirror and think we look awful instead of looking in the mirror and thinking about what a great day we’re going to have,” she says. “You have to forgive yourself for believing that you didn’t get the guy because you’re not pretty enough, and find another way of seeing the world.”

Feelings of being “less than” affect most women, and can take serious work to undo. But it’s worth it — especially if it means that you’ll no longer shy away from intimacy. Here are some tips from Kelly:

Tips for building self-esteem:
1. Keep a journal in which to make an ongoing list of:
-things you (and others) like about you (characteristics) and about your appearance
-your accomplishments in life (large and small)

2. Find and post around you pictures of people you admire who have aspects of your physique that you dislike

3. Spend time with people who see and appreciate you for who you are

4. Volunteer doing something that draws on your values

Do you struggle with a poor self-image? Tell us whether it’s ever affected a relationship in the comment section below.

FILED UNDER: marriage self confidence self esteem