Does a beefcake male centerfold turn you on? Or off?

Flannery Dean looks at a recent piece by the former editor-in-chief of Playgirl arguing that women -- like men -- can respond very strongly to sexual images. 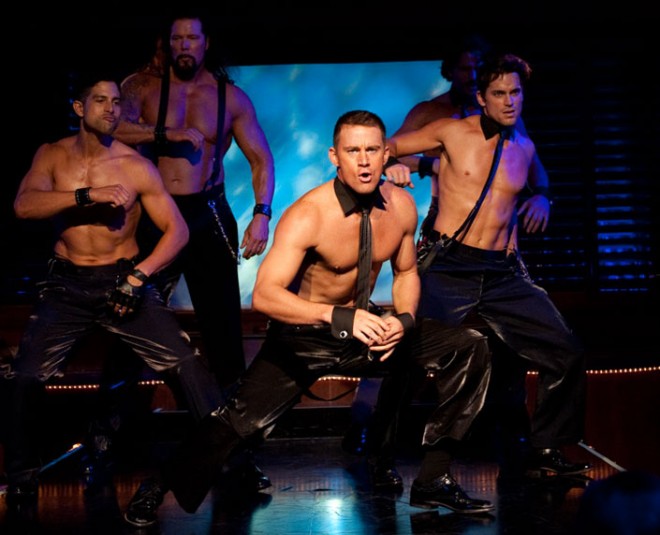 A still from Magic Mike which shows a wilder side of women, and the men who entertain them (Photo courtesy of Warner Bros.).

At its best it’s cringe inducing. At its worst it’s borderline criminal conduct. More than that, when a man sends a photo of his private parts to a woman — thinking it constitutes some sort of aphrodisiac, mating dance, or sexual turn-on — it’s just hopelessly misinformed.

If there’s a woman alive aroused by a poorly-lit photo of low-rent male real-estate, I haven’t met her.

The old saw that women are less visual than men when it comes to sexual desire is up for review in a recent article in The Atlantic Monthly written by a former editor-in-chief of Playgirl, who argues, interestingly, that while she isn’t one of them, there exists a kind of woman who is attracted to the dopey-looking beefcake centerfolds that appear regularly in the magazine.

She also takes issue with the idea that women are monogamous while men are less so. Women, she says, want an attractive mate, just as their male counterparts do and aren’t simply on the prowl for a good provider. An argument could be made that the equivalent male search is for a good potential mother for their children.

While common sense may be no match for science, it seems only natural that both sexes probably enjoy having an attractive partner to look at and share with the greater world; in that way, we are all visual.

Do you think men and women are different when it comes to how we react to sexual images? Tell us in the comment section below.