Marriage vs. cohabitation: Why so few are saying 'I do'

Generations scarred by divorce are choosing cohabitation over marriage. Find out if there are consequences to that decision. 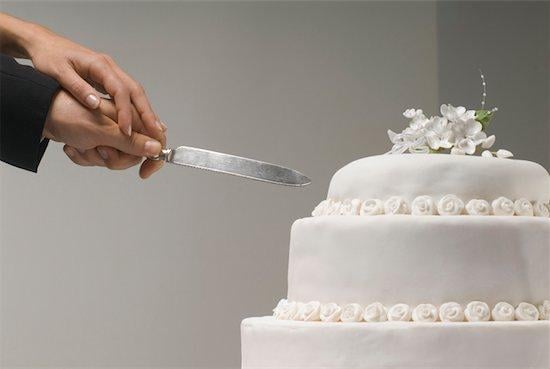 When my boyfriend and I moved in together some 16 years ago, family wondered—and later outright asked—you’re going to get married right? Sure, someday we thought. But we were still young and enjoyed just living together and focusing on building our careers as well as our relationship.

Today he’s my husband and altogether we’ve been married for 10 years. For us, marriage was in the cards, but we broke into it slowly by living together first. And it seems today, many Canadian couples are happily cohabitating sans wedding bands.

The Ottawa-based Vanier Institute of the Family’s annual Families Count: Profiling Canadian Families reported earlier this fall that less than half of Canadians, 49.7 per cent, were married and that common-law couples experienced a jump in popularity, accounting for 15.5 per cent of those surveyed in 2006 (the report is based on the 2006 Canadian Census). That’s increased from almost 10 per cent of the number of common law couples Canada had in 1981.

So that leaves us wondering, are we still interested in marriage? And how do we know if marriage is for us? Diane Anderson is a relationship counsellor in Surrey, B.C. and helps us figure it out.

Q: Is there more of a sense of permanence with marriage over common–law relationships?

A: I think there’s a bias toward that. And whenever you start to invest in something, and you do invest in a marriage, there’s a perceived sense that you’re making this commitment publicly. Legally it doesn’t make much difference from a common-law relationship.

Q: What’s contributing to our uninterest in marriage?

A: In part, we’ve got successive generations of people who come from divorces. So I think people are sometimes having a difficult time trusting what marriage means. And it works two ways—one way of thinking is: divorce is terrible and I don’t ever want to go through it. Or others go in with the best of intentions saying my marriage is going to last because my parent’s marriage was such a disaster.

Marriage is also not held with the same kind of reverence it used to be. People feel that there is a freedom of choice to decide—do I want to maintain this relationship or not? Plus all the sociological factors are contributing such as women being able to have financial security, and the women’s movement has definitely given women more self-worth and that gives us some freedom of choice. We don’t have to put up with arrangements that no longer function in a healthy way.

Q: How do you figure out if marriage is right for you?

A: The couple both has to want it—one person wanting it and the other not, usually doesn’t work. And people have to look at what the meaning of marriage is to them. Some couples are feeling the pressure from parents. Some are just caught up in the dream that this is what matters and what makes their relationship real. And some just want the wedding and aren’t really sure if they want the marriage. And when you’ve got a multi-billion dollar wedding industry it’s hard not to be susceptible to that.

Q: What does this mean for future generations?

A: The next generations will have a much more fluid idea of what relationships are. And it might even be healthier because the illusion and idealism will have really been examined and reflected on so it becomes a real conscious and intentional choice to marry or not, as opposed to something we do as a progression in life. So it’ll become a choice.