Can this libido-boosting pill save your marriage?

Though a new drug trial is giving hope to women with low libido, Flannery Dean wonders whether the focus should be less on sex and more on our partner's ability to get us in the mood. 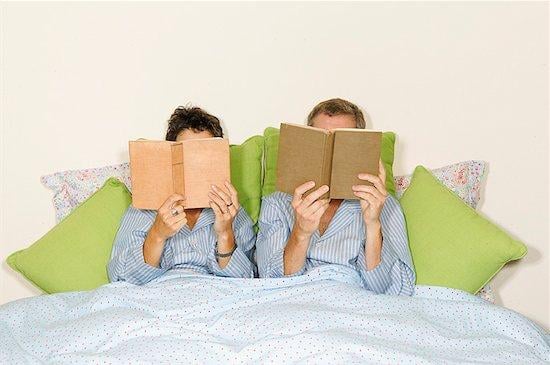 The mystery of female desire — why women want to have sex and why they don’t, and the conditions that surround both natural responses — is getting more attention. Not necessarily by husbands and boyfriends, but by researchers and pharmaceutical companies hoping to concoct an elixir that will transform indifferent wives and girlfriends into lusty lovers.

In the U.S., a new drug called Lybrido (still in its trial stage), is being heralded as a possible treatment for low libido among women, according to an article in The New York Times Magazine by Daniel Bergner.

Trials of the drug have shown some success in stoking the fires of female desire, much to the relief of women who volunteered to test the drug. According to the piece, many of the women that engaged in the trial were in long-term loving relationships but suffered from a lack of desire for the amount of sexual activity that characterized the courtship or honeymoon phase of their coupling.

One of the more interesting points that emerge from the article, however, is the fact that the women report being baffled by their lack of desire too. One participant in the trial shared that while she experienced pleasure during the act itself, it was the whole rigamarole of getting it started that offered the biggest challenge.

“There’s something that’s stopping me from wanting it. I don’t know what it is. I can’t tell you what it is,” she said.

The issue may have some link to gender preferences. Lesbian couples it seems are plagued by the issue of low female libido, so much so that there’s a term for the sexual malaise that results after time in a lesbian coupling: “lesbian bed death”.

But “lesbian bed death” may have something to do with how women respond to monogamy itself, suggests Bergner who cites research by a German researcher who found that female sex drive generally takes a dive after four years into a relationship. Complicating matters, however, was the study’s finding that women who maintained a separate dwelling from their partners seemed less affected by this desire-dwindling effect.

Could the challenges of domesticity, where women still take on the burden of labour to a significant degree, be one of the more influential factors in whether a woman’s desire waxes or wanes? Is it only natural that after a few years of living together that darkly handsome lover that made your heart skip a beat may look a lot like that inconsiderate jerk who never cleans the kitty litter?

I don’t know. I can say that there’s nothing that makes me feel more inclined to snuggle with my partner then when he makes the bed and behaves more like a sensitive suitor than an entitled frat guy.

The article made me wonder if researchers were looking in all the wrong places for the solution to the problem of female desire. If I were the head of a pharmaceutical company I might turn my attention to the patenting of a pill that stokes masculine desire. Not for sex — they don’t need that — but for household labour. Now that’s a pill that could be a real blockbuster.

Tell us, would you consider taking a pill to increase your libido?