Is your weight affecting your relationship?

Many women gain a bit of weight after they get married, but could it harm your relationship? Find out why loving yourself as you are is healthy for your marriage 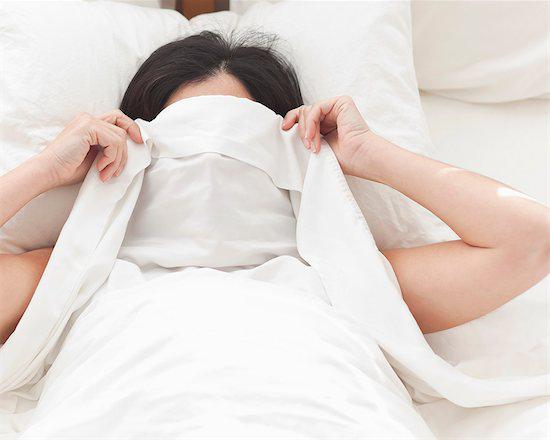 It’s not unusual for people to get comfortable in a relationship — and then feel a little weight creep on. But what happens after we gain those few extra pounds? If you let the weight you’ve gained since the vows do a number on your self esteem or get in the way of intimacy, it could have a negative effect on your marriage.

Dr. Linda Bacon, a nutrition professor at the forefront of the Health at Every Size movement, says weight-related relationship troubles are caused less by a partner’s changed perception than by the altered perception of the woman herself. “If a woman regains weight after a diet, for example, she feels like a failure, doesn’t want to draw attention to herself, and may try to hide her body,” she says. “Perhaps she stays home more or wears non-descript clothes. This makes her less attractive to others, regardless of whether they even notice a weight change.”

Wendy Shanker, author of The Fat Girl’s Guide to Life, is happy with her own voluptuous form. For years, though, she found it hard to believe that anyone could love her, wobbly thighs and all. “I told myself that guys can’t possibly be attracted to me, or that if he’s interested now he won’t be interested once we’re in bed,” Shanker says. “It was an obstacle I created for myself. When I got a little older and a little wiser and a little more fed up with being held in my own little prison, I was able to let go of that — and my relationships got a lot better.”

Sometimes weight problems don’t show up until after you’ve started a family. Having a baby induces huge changes in a woman’s body — often including pounds that just won’t budge. For Shelley White, her “post-baby flubber” makes her feel less sexy — regardless of the flattery her husband sends her way. “My husband has always been good at making me feel gorgeous,” says White. “[But] I would say that I have felt less sexy because of my weight gain, so that’s probably made me respond with more eye-rolling when he says, ‘You look sexy today,’ rather than taking the compliment as I used to when I felt slimmer.”

White’s far from alone in her inability to accept a compliment from a man who adores her. “We hold ourselves to an impossible standard, and we don’t see women anywhere with roundness to their bodies who are considered sexually attractive,” says Shanker. “We get examples like JLo and Beyonce. But they’re not curvy like I’m curvy; they’re curvy like someone who works out with a trainer seven days a week.”

(Also, ladies, it’s worth noting that we’re fighting a losing battle when it comes to the quest for a rock-hard bod. According to weight-loss expert Dr. Jana Klauer, metabolism changes significantly over the age of 30, declining by five percent every decade.)

It goes without saying that your partner should make you feel good about your body. (If he doesn’t, I’ll just pass on Shanker’s advice to “kick him to the curb.”) But even well-meaning partners can say the wrong thing. White says that her husband has been encouraging about her forays to the gym. “I think he once said, ‘It’s good that you are exercising, you have the girls now to think about, you want to be around to see them grow up, blah, blah…'” She also recalls feeling moderately irritated when he said this.

What can be done, then, about all of this unhelpful self-loathing? Dr. Bacon’s advice is to call a truce. “I know that many people are concerned that if they accept their bodies, they may become complacent and remain ‘stuck’ forever with a body they’ve grown to loathe,” she says. “They believe that hating their body is an essential motivation for change, so they resist letting go of that self-hatred. These fears are not only unfounded, but also stand in the way of our ability to make changes. Change comes from valuing and caring about yourself enough to want to improve your life.”

Learning to love yourself is a pretty tired trope — one that’s far easier said than done — but Shanker insists that women just need to get over their extra pounds for the sake of themselves and their partners: “When you’re sensitive, or you don’t want to be touched, or you only want to have sex with the lights off, your self-criticism is infectious.”