If your partner cheats, is the relationship over?

Does infidelity definitely spell the end of a couple? Expert advice on when to call it quits and when to forgive 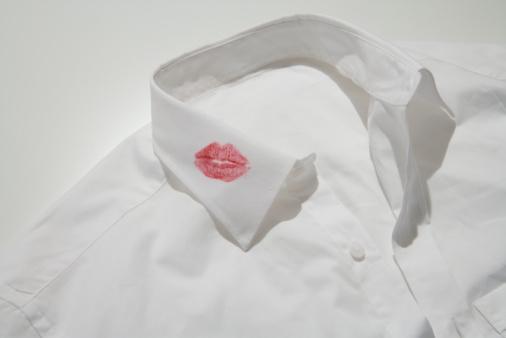 The temptation to immediately change the locks must be very strong when you first find out that your partner has cheated on you. The sense of betrayal and humiliation, the fear that it will happen again, the tendency to blame oneself, and the inability to refrain from picturing him with her can make an act of infidelity seem impossible to forgive. But people do forgive their partners when they cheat – whether a one-night stand or a long-term love affair. So how do you know when you should fight to salvage the relationship and when you should cut your losses and move on?

But if your husband strays, should you stay? Many questions arise, including whether you can retain your dignity, ever forgive, and not send the message that cheating is permissible. The headlines have been rife with betrayed spouses of late – most of whose husbands have been caught with both up- and downmarket hookers. Tiger Woods’ now-legendary levels of infidelity was enough to persuade his wife to pack her bags (and her millions of divorce dollars). But Hilary Clinton and Silda Spitzer decided to stand by their man through serial infidelity and public humiliation. So can you really put it back together again?

When Anne Bercht’s husband confessed his two-month affair with a woman he met at work, she was understandably devastated. “I went into a complete state of shock,” she says. “I didn’t sleep for three days, and was unable to eat for 25 days. Complete chaos followed in our once happy family.” But Bercht went on to work things out with her husband, even penning a book about her experience: My Husband’s Affair Became the Best Thing That Happened to Me. It wasn’t an easy road. “I walked around for two-and-a-half years wondering if it was even sane of me to believe I might ever know a single day of happiness again,” she says. But Bercht says she eventually made up her mind that both she and her marriage could survive the betrayal of her husband hooking up with a coworker on his lunch break.

Rona Subotnik, marriage therapist and author of Surviving Infidelity, says that most women do try to repair a rift created by infidelity instead of scrapping the whole relationship. “All forms of infidelity can be forgivable if you understand why,” she says. Subotnik has developed a spectrum – essentially, from most to least repairable forms of infidelity. At the lower end of the spectrum are affairs that take place during major life transitions (when a partner is feeling unanchored and acts out), and at the higher end of the spectrum are poor-risk partners with personality issues such as narcissism or sexual addiction. Subotnik says that transparency and communication is absolutely essential to rebuilding. The unfaithful partner needs to be contrite and open, and make a real attempt to understand how his infidelity has affected you. “If he just says that he doesn’t want to talk about it, that’s a problem,” she says. Subotnik recommends that couples draw up and sign a commitment agreement outlining acceptable behaviour: “Couples who actively speak about their commitment are more likely to be both emotionally and sexually faithful.” Bercht says that her husband was completely honest with her, answering all of her questions about the affair, so she could fully understand what happened. “My trust was something my husband earned back, by taking full responsibility for his actions instead of blaming me for his wrong choices,” she says.

After considerable hard work, Bercht says that her relationship with her husband is much improved today. “We have a much higher degree of openness, honesty, and transparency in our relationship,” she says. “He lets me ‘know’ him in a much deeper way. The affair did not ‘help’ our marriage; it nearly destroyed it. However, once an affair has taken place, we can redeem these bad things in our lives and turn them around into something good.”

Anne Bercht’s post-infidelity advice:
1. Don’t make any major decisions for at least 3 months, preferably 6 months. (You’re too reactionary in the beginning.)
2. Take care of yourself first by eating properly and getting enough sleep. “You are being faced with some of the most important decisions of your life,” says Bercht, “and your brain functions best when you care for your body.”
3. Join a support group instead of suffering in isolation.
4. Don’t do or say things in your anger that you may later regret. Don’t lose your dignity or stoop to inappropriate behaviour.
5. Educate yourself by reading some books on the topic.