Help! I Care More About Climate Change Than My Partner

When it comes to disagreeing about climate change, can there be a middle ground? 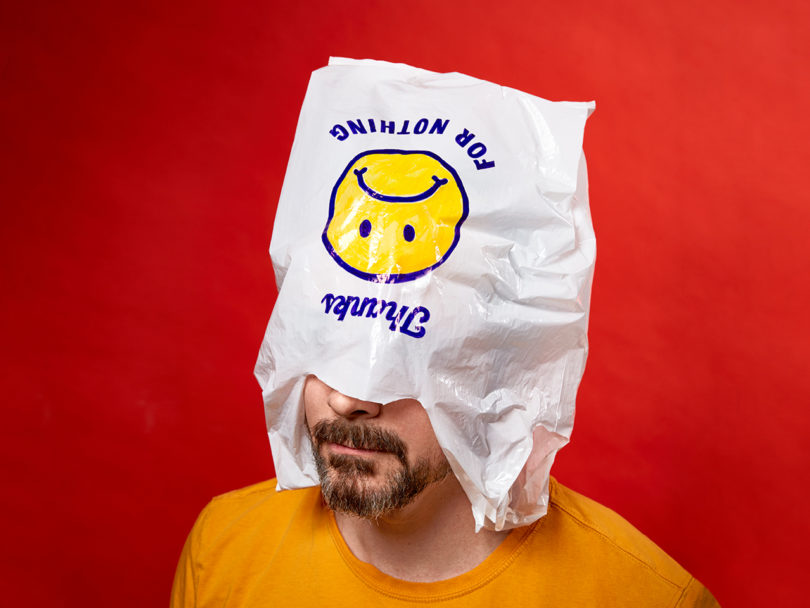 One afternoon not too long ago, I was cleaning up after lunch with my toddler balanced on my hip when I saw it: a Ziploc bag in the garbage. “Eric!” I shouted in frustration at my husband, who wasn’t even home. My daughter looked expectantly at me. “Dada home?” I shook my head, glad that he wasn’t. The words I was thinking of were not playground-approved.

I’ve had my Ziploc bags for years, washing and reusing them as if the planet depends on it. To see one in the trash felt like my husband was blockading my climate protest. Now, I know reusing ancient freezer bags won’t stop the permafrost from melting, and that even when he forgets his cloth bags and brings home cucumbers wrapped in plastic upon plastic, Eric is about as far from being a climate denier as I am. A children’s therapist and genuinely caring human, he makes the world better. We’re a great team. So why do I see red when I think he’s not acting green enough?

Eric thinks climate change is real and concerning. But my anxiety about the planet’s future is foreign to him. Recently, when we chatted about our kids’ lives 20 years from now, he described a future with things like careers, homes and families. All I could picture was a world they wouldn’t want to bring their own children into. How can we share so much, but diverge so drastically on this?

Caroline Hickman, a psychotherapist with the University of Bath and the Climate Psychology Alliance, says this kind of tension is increasingly common; she’s even seen couples break up over the strain of differing environmental views. “You’re not talking about whose turn it is to take the rubbish out; you’re talking about extinction and survival,” she says. While successful relationships are built on communication and compromise, “people are not willing to compromise on this.”

So when is a Ziploc not just a Ziploc? When it’s actually sadness about the distance I feel from my spouse when I get anxious about the future—often the times I need his support the most. But when climate change puts distance in our relationships, the same things that help the planet—empathy, action, community—can also help bring us back together.

When worry becomes a war

MC, a 33-year-old psychologist from Cochrane, Alta., is a climate-conscious progressive in oil country. She’s resigned to bumping heads with Trump supporters and putting up the neighbourhood’s only non-Tory campaign sign. It’s the distance from her husband that bothers her.

Election campaigns are stressful in her house. When her husband voted for the United Conservative Party in last year’s provincial election, they argued about every climate-related platform point. “It brings up this sense of shame, that I’m with a partner who would vote for somebody who would not help the climate,” she says.

This tension even led to a stalemate on whether to have children. MC worried about their child’s future and the ethics of bringing another person onto the planet. Her husband still wanted kids. After years—and lots of support and space for MC—they found a way forward, and she’s due any day. But when it comes to the big picture, their conversations still turn into a battle.

Hickman sees many people—women in particular—fighting to change their partners’ minds. But when worry becomes a war, it can wreak havoc, so Hickman helps clients develop empathy by talking through feelings and acknowledging where the other is coming from. “Unless feelings are processed, then the action—activism or anything else—is either a ‘fight’ or ‘flight’ response to anxiety.” And if processing feels impossible, she recommends taking breaks from the conversation.

Hickman also reminds couples that they’re “fighting this out as a microcosm of the rest of society.” Knowing that your conflict is playing out in other communities helps make it feel less personal.

Who carries the burden?

Separating the personal from the political can be difficult when talking about climate change, especially when the burden isn’t shared equally. So many effective ecotasks, like planning low carbon menus and mending clothing, happen in the domestic sphere where—surprise!—women still spend more time than men.

The impacts of climate change aren’t equally felt across the population, either: Racialized people, refugees, homeless individuals, and northern and Indigenous communities are disproportionately affected, with women and gender minorities within those groups the most affected.

Even the awareness of these added layers can compound stress, says mental health and climate researcher Katie Hayes. Prioritizing individual actions (like, obsessively reusing plastic bags) is one way to gain control or cope with anxiety—but it can also exhaust us. We need ways to recharge, particularly when our partners aren’t helping in this area.

Self-care may have become a watered down concept more associated these days with manicures and facials than a coping mechanism for social injustice. But Julia Payson, executive director of the Vernon, B.C., branch of the Canadian Mental Health Association (CMHA), says we shouldn’t throw the baby out with the bubble bath. “Many marginalized folks worked really hard to establish the right to self-compassion in struggle,” she says, stressing that self-compassion should unite taking care of ourselves and each other.

One is the loneliest number

Do you ever find yourself up at 2 a.m., Googling things like how to raise chickens in a scrambled worry over how to prepare your kids for an uncertain future? Is it accompanied by staring jealous holes into your partner’s peaceful sleeping face?

Hayes says that while the physical dangers of the climate crisis are obvious, the psychological impacts are less so. “We’re so used to cutting off the head without realizing that what affects our physical health also affects our mental health.”

Heather, a 43-year-old entrepreneur from Sparta, Ont., first learned about the Great Pacific Garbage Patch a few years ago on a podcast. As she listened to the horrifying details of this ever growing vortex of ocean-bound trash, she became deeply troubled about the world she was leaving behind for her two kids, who were toddlers at the time. After reflecting for a few days, she looked at her husband while they were driving and said, “I’m about to go all climate and feminist warrior on you.”

“Oh God,” he responded with an eye roll, unsurprised his wife was going this way, but wondering how it would affect their life.

Although he’s supported her since then, he’ll also bring home plastic-wrapped bread right after she’s stocked the freezer with homemade loaves. “It’s a lot of work to make bread, soap, canned vegetables and everything else,” Heather says, frustrated by her husband’s consumerism. She lovingly calls their relationship one of “comedic tension”; she likes to wag her finger at him in jest, “and he gives me all kinds of excuses to do that.”

Instead of getting angry, Heather remembers she can only control her own choices and prioritizes self-compassion. She’s also founded Earthmama Farms, a charity that teaches kids about low footprint living and supports women’s economic security. “When you do something about [climate change], even if it’s baby steps,” she says, “a little bit of inner joy comes along.”

“We need community in order to bear the burden of this grief and of our responsibility to save what can be saved,” says Tiffany Sostar, a narrative therapist and community organizer. Sostar emphasizes that if bringing a spouse on board becomes another burden, “it’s not your job to convince someone your grief and fear and anger are valid and worthy of care.” Sostar recommends finding a therapist who can help navigate without placing the weight on you.

We also need to remember we’re not alone. “There are so many people who feel what we are feeling,” says Sostar. “They are writing blogs and books and Facebook posts and Twitter threads … They are feeling existential threat howling outside their doors, just like we are. Find them.” Payson’s Vernon branch of the CMHA, for example, runs programs where people eat, hike and talk together. And though MC still feels at odds with some of her husband’s beliefs, she’s not lonely. She’s excited about their future as parents, and is supported by two sisters who share her values.

The way through, together

Action is a two-for-one deal: It helps create a sense of control, and fosters connection. As a stay at-home mom, some days my biggest accomplishment is remembering cups for the smoothie bar, but I’m still finding ways to effect change. I’ve joined a local food security group and am writing more articles like this one. Advocating for clean air shelters or bringing your kids to a Fridays for Future rally might encourage what you’re missing in your relationship.

I’m lucky that Eric and I agree on core climate issues, even if researching the carbon footprint of our food isn’t his idea of fun. When I ask him if he feels he’s contributing to climate resiliency, he nods emphatically.

Lately, we’ve been taking Hickman’s advice about empathy. Once the kids are in bed, we spend 10 minutes sharing, which has made my 2 a.m. panics less frequent. He’s also come to see my climate anxiety as a real and debilitating response. Though I still give him sideways glances any time he’s near my freezer bags, I think we’re getting closer to seeing eye-to-eye.