Five ways to overcome and channel your jealousy 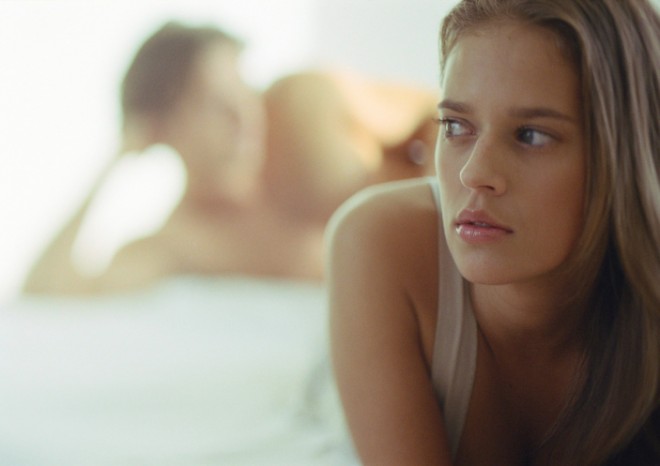 “Not love that is blind, it is jealousy,” wrote the poet Lawrence Durrell.

You don’t need to have the eloquent insight of a poet to understand how suspicion can act as a kind of blindfold over a person’s inner vision, obscuring all that is good and right and true.

Jealousy, when left unchecked, is a corrosive force that can burn through the bonds of affection with singular destructive power. But it’s also entirely natural, says Toronto-based psychotherapist, Deborah Odell, and as such there are ways to harness its power for good not evil.

Here are five tips for turning jealousy into self-awareness:

1. Understand your triggers
Jealousy can manifest itself in many forms. It can feel like anger, fear, anxiety, desire and even excitement, says Odell. Often feelings of jealousy are triggered “by a person, event or situation that has caused us to evaluate ourselves, and what we have, in some way.”

It’s that feeling of “less than,” says Odell that threatens self-esteem.

The challenge is to deal with that threat to self-worth positively not negatively. Jealousy, when understood, can “motivate positive action and a healthy striving to boost self-esteem,” says Odell.

Rather than suspect your partner has a crush on his fit and funny new assistant and give him a hard time whenever her name is mentioned, go the opposite route: uncork your own vivacious joie de vivre.

Make your partner laugh, join a gym, use your jealousy as a motive for doing something creative that will restore your sense of self-worth not make it plummet even further.

2. Don’t blame and accuse
Jealousy can lead us to fantasize about the alleged dark reasons why our beloved is on Facebook all the time — he’s not over his ex! — or can’t seem to put his phone down long enough to eat dinner.

But before you launch into a fit of jealous rage, take a deep breath. Hurling angry, unfounded accusations will always do more harm than good.

The problem with blame is that it instantly puts your partner on the defensive, effectively shutting down the chance for authentic conversation, says Odell.

“People’s hearing virtually shuts off when they are forced to defend themselves.”

3. Don’t search his pockets — search your heart instead
Before you break into his smart phone and read his texts while he’s in the shower, pause for some self-reflection, says Odell.

“We always have to ask ourselves — what does the feeling tell me, about me?” says Odell. It may be that you have a history of feeling jealous or that your deep affection for your partner makes you feel vulnerable.

Once you’ve answered the question ‘what does my jealousy say about me?’ you may realize that your partner is trustworthy and that your feelings have a more primitive, personal basis that need to be addressed either through counseling or a heart-to-heart with your beloved.

4. Own your feelings
A more constructive and healthy way to deal with jealousy is, first of all, to own it, says Odell.

“If you don’t own that you are feeling jealous, you run the risk of projecting these feelings on to someone else, and blaming them for how you feel. Even though your projection may be accurate (as in the case of a flirtatious spouse) you have to start with your own feelings.”

Instead of being confrontational and saying ‘I saw you flirting with that girl,’ frame the situation in a way that puts the responsibility on you. For example, Odell suggests saying something like ‘When you spent all that time talking with so-and-so at the party tonight, I felt left out and even less attractive to you.’

By owning your feelings, you give your partner the opportunity to empathize with your feelings rather than react to an angry accusation, says Odell.

5. Trust your instincts too
Not every suspicion is unfounded, however. Jealousy can also “function as a signaling system,” says Odell. “We may, in fact, be picking up on something that poses a real threat to our security.”

For example, she says, maybe your partner is paying too much attention to someone outside of the relationship. “In this case, our jealousy could help us identify something that needs to be addressed in our relationship.”

But rather than stew or snoop, “treat these feelings as information.”

That may mean you need to find out if the flirtation is real, and if so, how far it goes, and if you can deal with your partner’s seemingly harmless crush.

“Our jealousy in this sense can also be an indication of where our boundaries lie.”

Would you describe yourself as a jealous person? Let us know in the comment section.