How to console someone

Emily Post's wisdom in her 1922 book of etiquette still rings true today, as discoverd by author Joan Didion who, in one year, lost her husband then her only child 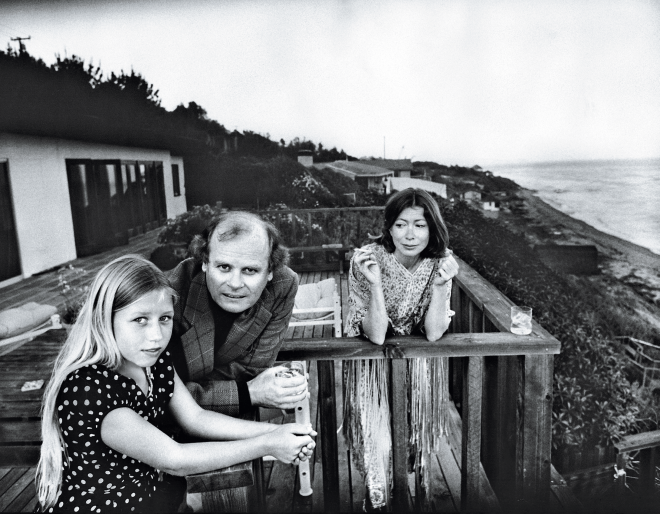 “It is also well to prepare a little hot tea or broth,” Mrs. Post advised, “and it should be brought them upon their return without their being asked if they would care for it. Those who are in great distress want no food, but if it is handed to them, they will mechanically take it, and something warm to start digestion and stimulate impaired circulation is what they most need.” [Emily Post’s 1922 book of etiquette, Chapter XXIV, “Funerals”]

In the earlier tradition from which Mrs. Post wrote, the act of dying had not yet been professionalized. It did not typically involve hospitals. Women died in childbirth. Children died of fevers. Cancer was untreatable. At the time she undertook her book of etiquette, there would have been few American households untouched by the influenza pandemic of 1918. Death was up close, at home. The average adult was expected to deal competently, and also sensitively, with its aftermath. When someone dies, I was taught growing up in California, you bake a ham. You drop it by the house. You go to the funeral. If the family is Catholic you also go to the rosary but you do not wail or keen or in any other way demand the attention of the family. In the end Emily Post’s 1922 etiquette book turned out to be as acute in its apprehension of this other way of death, and as prescriptive in its treatment of grief, as anything else I read. I will not forget the instinctive wisdom of the friend who, every day for those first few weeks, brought me a quart container of scallion-and-ginger congee from Chinatown. Congee I could eat. Congee was all I could eat.

She is the author of five novels and nine works of non-fiction. This excerpt is from her acclaimed book The Year of Magical Thinking, about the sudden death of her husband.

FILED UNDER: grief How to do everything better Joan Didion