The communication technique sabotaging your relationship

Avoid arguments by changing this one very common relationship woe. 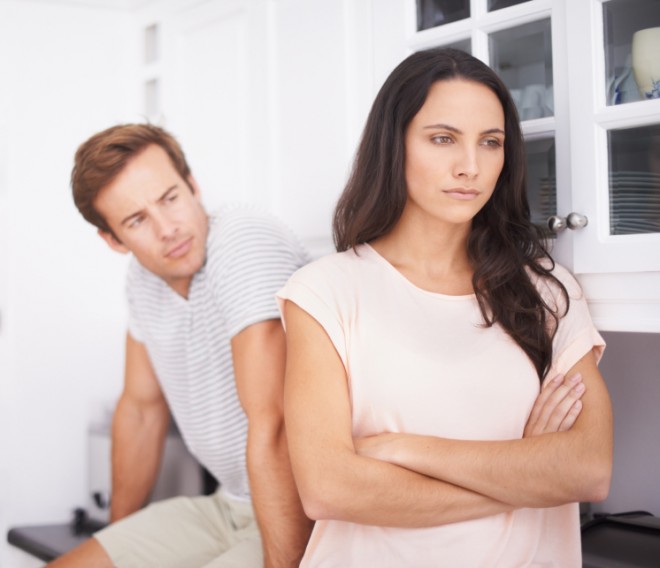 Avoid fights with your partner by putting down your phone when you’re feeling hostile (Photo iStock).

It’s after 7 p.m. and your partner still isn’t home. He hasn’t called, he hasn’t texted, he hasn’t bothered to do anything to let you know that he’s going to be late for dinner. Again.

You call his phone but he doesn’t answer. In a fit of frustration you fire off an angry text. A few minutes later he replies in kind. The messages increase in intensity and hostility. Suddenly a petty dispute has escalated to an all-out fight.

What’s the problem with carrying on an emotionally-intense exchange via text message? Pretty much everything, say experts who advise couples to forgo text communication in times of heated emotion and instead save serious or potentially explosive conversations for face-to-face interactions.

An article on TheDoctorWillSeeYouNow recently discussed a study by researchers at Brigham Young University that examined the effect of text communication on relationship satisfaction.

The study looked at the text patterns of committed couples between the ages of 18 and 25. The men and women that participated in the study also answered questionnaires related to how those patterns did or didn’t affect their relationship satisfaction.

The study revealed that texts that express affection and good feeling have a positive effect on the recipient, making that person feel connected to their partner.

But while a well-chosen emoticon, or direct ‘I love you’ achieves its desired effect, cutting words or attempts to sort out relationship issues appear to achieve negative aims. Reduced relationship satisfaction is associated with this kind of texting.

Part of the problem with sending angry or upset texts is the nature of the medium itself. A simple I love you is easily understood — you don’t need to be in the room or looking at a person to feel its warmth or understand its meaning. But ‘what is your problem?’ or ‘I don’t like how you talk to me’ can come off far more harshly than the sender may intend.

So next time you’re tempted to blast your beloved via text. Keep your cool and holster your smartphone until you see them. Better yet, think twice and send an I love you.

How often do you text with your partner? Tell us in the comment section below.