How sharing housework may lead to divorce

What makes a marriage happy and enduring? An exhausted, over-extended wife? So suggest the recent findings of the Norwegian Institute for Social Research according to a recent piece in The Hamilton Spectator. 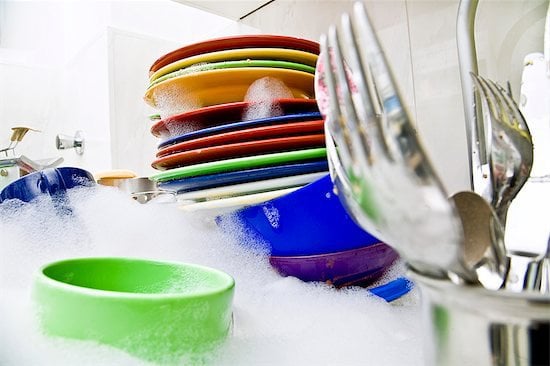 What makes a marriage happy and enduring? An exhausted, over-extended wife? So suggest the recent findings of the Norwegian Institute for Social Research according to a recent piece in The Hamilton Spectator.

According to the study, which examined the factors that influence marital satisfaction and discord, couples in which the female partners shouldered the greater burden of the housework reported greater satisfaction in the marriage than those couples that shared the housework equally.

There must be a lot of super-satisfied couples out there because the study also found that women act as the in-house cleaning lady in more than 70 percent of marriages.

Another surprising finding from the study: couples that share housework equitably may have a statistically greater chance of busting up than those who don’t. The statistic wasn’t enormous — only 3 to 4 percent of the couples in the study that did share housework divorced. But this was cited as a factor in the increased risk of divorce. The researchers speculate that this fact may have less to do with who wears the rubber gloves in the relationship and more to do with how these couples perceive marriage. The researchers speculate that the modern housework split may also reflect a more flexible take on the vow ’til death do us part.’

But men don’t just want to coast through marriage, nodding off through decades of effort and toil. They do want to be a part of family life — and greatly. According to the researchers, men in the study reported that they wanted to share in the responsibility of raising offspring equally, a finding that may bring a tear to the eyes of a few overtaxed women as they load the dishwasher for the third time this morning.

Who does most of the household work in your life?