A new parenting trend sees Mom and Dad joining in on their kids' job interviews. 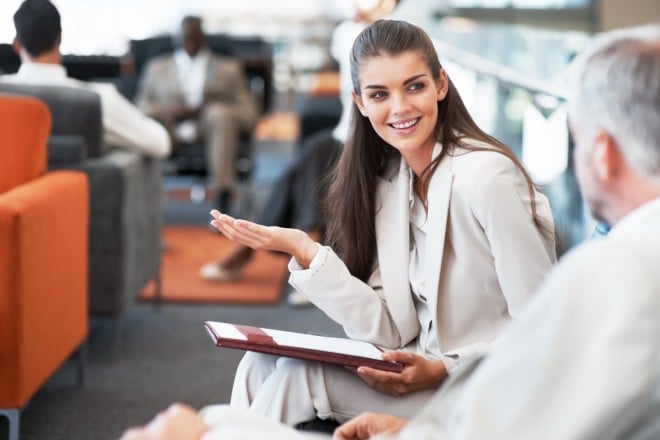 Helicopter parents, that group of procreators for whom no anxiety is left unexpressed and who teach their offspring that the world does indeed revolve around their every smirk and sullen eye-roll, have reached a new low. Or so suggests a recent article in The Vancouver Sun.

According to writer Misty Harris, there’s a new, alarming trend afoot when it comes to some grownups’ desire to wrap the next generation of pre-adults in clover. That trend: pampered college grads who bring Mom or Dad to their job interviews.

To be fair, Harris’s trend appears to be limited to one architectural firm in British Columbia. Apparently there have been five or six such instances at this firm in which parents showed up for their child’s job interview. And to be even more fair, it’s not as if Mom or Dad came into the room and pitched for their kids — ‘Little Alison is so talented!’. Rather all these parents did was come along for moral support, parking themselves in the waiting room.

For some experts, however, this curious employment behaviour represents just one more example of how generational expectations are contracting. For some reason, say experts, we’re expecting less and less of our twenty- and thirtysomethings than ever before. The article cites examples of parents calling employers and informing managers that their son, while in his late 20s and perfectly able to make the call to his boss himself, is under the weather and won’t be expected into work today.

And then there are those parents who have the nerve to call up college and university professors for daring to give their would-be Rhodes Scholar (if only drinking and sleeping in could be considered academic pursuits) a middling grade.

As a result of our reduced expectations, we’re (re)producing some spectacularly poor workers, lovers, friends and community members.

“This is a different planet now. It’s Planet Mom and Dad. And mom and dad need to seriously consider what it is to be an adult, and what kind of citizens they’re bringing into the world,” Tim Blackmore, a professor of information and media studies at Western University in Ontario, told Harris.

Don’t blame these pampered creeps, however. Blame their parents. One expert believes that most kids and young adults secretly long for their mom and dad to get a life.

“I absolutely think many millennials just want their parents to butt out,” said Linda Duxbury, a professor at Carleton University in Ottawa.

And parents may want to consider the merits of doing so. Harris cites research that suggests that interfering parents may be undermining their kids development with all their huffing and puffing, fussing and phone calls.

Buttinsky parents increase the risk of their kids skipping class, turning in assignments late and generally being less engaged in their education.

And here’s another whopping downfall to this style of parenting: the research found, “…helicopter parenting may be robbing young people ‘of the experiences necessary to develop skills that are essential for success in marriage, careers and adult social interactions.’”