Does forgiveness show compassion or weakness?

We look at The New York Times Magazine cover story in which Anthony Weiner's wife Huma Abedin, adeptly counters the criticism for her decision to stay in her marriage. 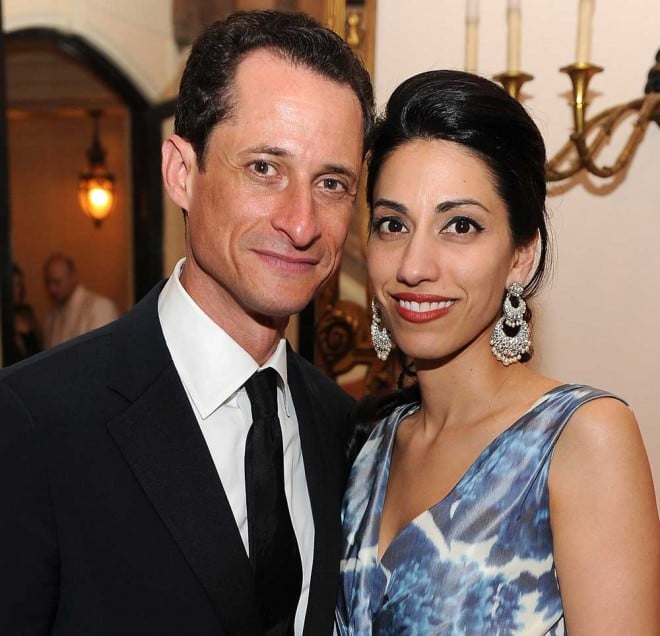 Is tweeting (and we mean the naughty kind) cheating? And do we believe in forgiveness when it comes to online dalliances? Or, like real-time cheating, is that the one area in which our idealized view of clemency falls short and we fall back on the ‘once a skunk, always a skunk’ idea?

When a woman stands by her wayward man, the culture tends to respond with a collective eye roll. Women such as Hillary Clinton, Silda Spitzer and now Huma Abedin, the wife of disgraced former NYC congressman Anthony Weiner are often perceived as foolish or naive when they refuse to let illicit affairs or unsavory online habits destroy the foundations of their union.

Abedin, who was pregnant (zounds!) with the couple’s first child when she learned that her husband had tweeted sexually suggestive photos of himself to female followers (later, sexually charged online messages would be released), recently appeared on the cover of The New York Times Magazine alongside her husband. 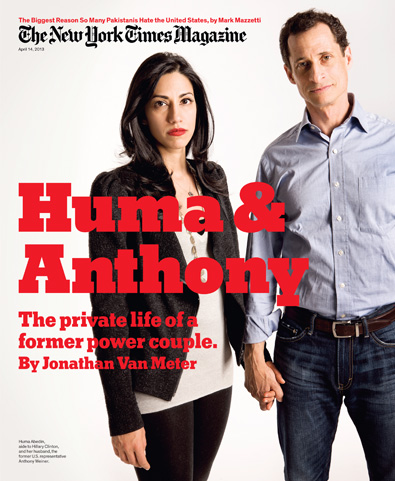 Huma Abedin and Anthony Weiner of the cover of NYT Magazine

The magazine cover’s timing is politically advantageous — Weiner is hoping to run as a mayoral candidate in New York — but the interview offers a few interesting insights into how the couple put their lives back together.

At one point, Abedin shares the moment her husband ’fessed up and told her the truth (he’d previously lied and said the photo wasn’t of him).

“…And it was every emotion that one would imagine: rage and anger and shock. But more than anything else, in the immediate, it was disbelief. The thing that I consciously remember saying over and over and over again is: ‘I don’t understand. What is going on? What’s happening to our lives?’”

Sensitive to public criticism of her decision to stay with Weiner, both during and after the scandal, Abedin says, “…every woman should have the ability and the confidence and the choice to make whatever decisions she wants to make that are right for her and not be judged by it.”

Of course, Abedin is right. She’s well equipped to make her own judgments. And the strength it takes to forgive a wayward spouse shouldn’t be undervalued. Forgiveness challenges both our pride and the temptation to indulge in moral righteousness over understanding — never a bad thing. But then again, the public might be forgiven for thinking that a woman of Abedin’s character deserved better from her mate, too.

Would you ever stay with a cheating partner or spouse? Tell us about it in the comment section below.