Don't worry if you can't be friends with an ex

While we applaud those who can make amends, Flannery Dean tells us why we shouldn't feel bad when we can't be friendly with an ex. 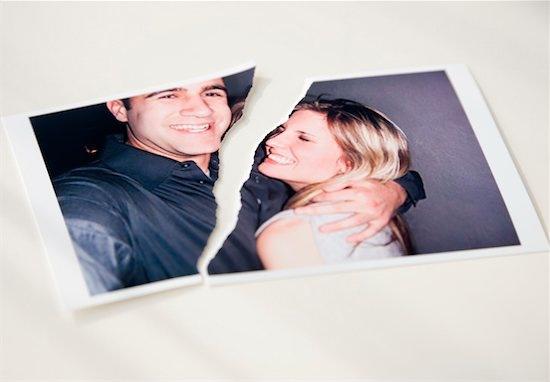 When a romance goes ka-boom is it possible to salvage a friendship from the wreckage? That depends on the type of person you are and/or the severity of the breakup. For me, friendship with an ex is on par with attending your high school reunion. Both are brought on by an excess of nostalgia, and both are a surefire recipe for a bad night.

But there are many formerly-coupled-now-platonic pals that prove me wrong. Former celebrity amours Nina Dobrev and Ian Somerhalder continue to work together on the TV series The Vampire Diaries, and seemingly happily.

Inspired by the twosome’s get-along attitude, which was on display during Wednesday night’s People’s Choice Awards, one writer for Marie Claire offered a how-to guide on how to be friends with an ex. The advice is suitably warm and fuzzy, with cautions to keep calm, breathe deeply in times of high emotion and harbour no expectations.

To the women who are able to employ this well-meant and no-doubt useful advice I offer my genuine admiration. Ladies, I don’t know how you do it. I don’t even like to see my old landlord.

I once jumped under a bridge to avoid a former flame. And I would do it again because no amount of conscious breathing would have gotten me through that awkward encounter without grief.

Those of us who can’t get over the past and move forward with a former flame do enjoy some perks. Recently my best friend and I found ourselves talking about her first boyfriend, a cad who broke her heart and chose to end their year-long relationship in the most callous manner. After a few minutes of solemn talk about the past — I can still recall how hard she cried the day they broke up — one of us decided to google him.

“He has a Twitter page!” my friend exclaimed before reading a few tweets aloud.

His tweets were goofy, and his photos revealed that the years had not been kind (hallelujah, karma!). We could barely catch our breath we were laughing so hard. It wasn’t our most spiritually enlightened hour, to be sure, but it was heartening to see my best friend shedding tears of joy rather than sorrow over a jerk.

Not everyone is capable of making the transition from lover to friend. But given enough time, most of us can summon up a round of giggles over the one that got away. For some of us that’s as good as it gets.

Run run into an ex lately? Was it awkward or easy to handle? Tell us in the comment section below.