Does your relationship need more conflict? 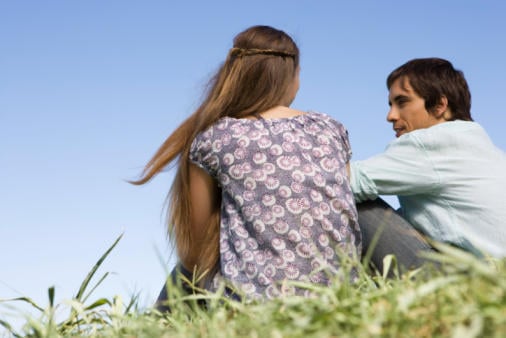 Hal Edward Runkel, founder of the ScreamFree Institute and author of ScreamFree Marriage: Calming Down, Growing Up and Getting Closer, explains why letting off steam is a bad idea and how his wife finally got him to start making the bed.

Q: When you’re yelling at your partner, what kind of damage are you doing to the relationship?

A: Basically, you’ve said: “I need you to manage me.” And then we wonder why the other person doesn’t respect us. The closer we get to somebody, the less we think through how we want to react. Marriage is incredibly anxiety producing, but the hallmark of being a grown-up is learning how to manage our anxiety and make better decisions. We talk about meeting each other’s needs in marriage, but focusing only on needs just makes you two really needy people. And when was the last time you respected and wanted to be around an emotionally needy person? Great marriages have spouses that don’t need each other so that they’re free to fully want each other.

Q: What about this idea we have that it’s healthy to let off steam, and that people who don’t vent from time to time aren’t healthy?

A: I was doing this talk to this group of natural gas pipeline engineers, and I asked them about venting. They said that it’s occasionally necessary — but you don’t want to be around when it happens. What’s being vented? Either steam or noxious gas — and both are bad for us. We think that, for our benefit, someone should listen to us vent. But it leaves the other person with all of the crap we’ve just spewed all over them.

Venting also never does what we hope it will. To quote a Vietnamese Buddhist monk, “There’s no such thing as releasing anger; there’s only rehearsing it.” If something doesn’t get addressed, it will get acted out. People hold on to anger because it gives them a sense of validation, and it supports the idea that someone else is at fault. If you can stay angry and blame someone for it, you don’t have to do any changing yourself.

A:  They’re both screaming; they’re just different forms. They’re both designed to get a particular reaction. The hardest part of being “ScreamFree” is giving up the idea of doing something in order to elicit a particular reaction. Self-representation in marriage is about representing who you are as calmly and authentically as possible. What your spouse does with that information is up to them. My wife and I probably have one uncomfortable conversation a day. We don’t let anything go. “Hey, I don’t know if you meant for that text to sound insulting, but it kind of did.” And we talk about it and it’s cool. We know by now that if that conversation lasts more than two minutes, then it’s about something deeper, and we’re not afraid to address it.

Q: Does all conflict have to be uncomfortable, by definition?

A: Yes. Think about it: If I were just comfortable lifting these weights, would I build any muscle? Conflict is how growth happens. The closer we get to someone, we don’t realize how similar we are; we only realize how different we are. But the American general George Patton once said something great: “If you and I are always thinking the same thing, then one of us isn’t necessary.”

Q: What does it mean when there is no conflict in a relationship?

A: If a couple comes into my office and says they haven’t had a fight in a year, I ask them what’s wrong. It means that they’ve squashed any hint of friction or conflict because they’re terrified of it, and that they’ve cut off any part of themselves that might cause that friction. And then they wonder why their sex life is boring, and why they feel trapped. The two big enemies of a happy marriage are boredom and resentment — and both of those happen when we’re afraid of conflict.

Q: How can a couple that’s struggling make their conflict more healthy and productive?

A: The first step is to calm the freak down. Stop focusing on your spouse and focus on yourself. How are you contributing to the very pattern that you’re fighting about? You can make big changes when you say, “I know what my spouse is doing and I can point it out all day; but what am I doing?” We train people how to treat us by what we passively accept and what we refuse to address. People are afraid to admit what they want. “I don’t know what you’re going to do with it, and I’m not demanding that we do it this way, but this is what I want.”

My wife and I went through a period where I wasn’t making the bed, several years ago. She would say, “Make the bed” and I would say, “Okay…” Like she was my mom and I was a little boy. But then she said, “Whether or not you make the bed is up to you. But when you choose not to make the bed, it makes it harder to want to climb back in that bed with you later that night.” She wasn’t going to tell me what to do — because I’m a grown damn man — but she did want to tell me how my actions affect her.