Do you have less friends because of your phone?

Napkin, fork, knife, plate, mobile phone — it’s the 21st century’s place setting where the mobile phone is now as ubiquitous at the dinner table as the presence of pepper and salt. 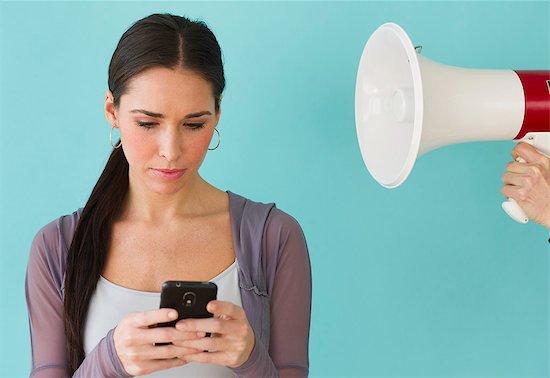 Napkin, fork, knife, plate, and mobile phone — it’s the 21st century’s place setting, where mobile phones are now as ubiquitous at the dinner table as pepper and salt.

But is our propensity for giving our mobile phones pride of place during social gatherings with friends, or even on the arm of the sofa when we’re watching TV with family, significantly affecting our social relationships?

Maybe. Or so suggests a U.K. study discussed on the British Psychology Research Digest’s blog.

Curious to see how the presence of technology, such as a mobile phone, affects or alters the experience of conversation, University of Essex researchers Andrew Przybylski and Netta Weinstein asked 68 people to pair up with a stranger and have a chat. The strangers spoke to one another for 10 minutes and they were told to discuss something interesting that had happened to them recently.

Some of the participants sat at a table with a mobile phone on the table between them, while others chatted with a notebook on the table.

While the objects may seem to be meaningless in themselves the researchers discovered something peculiar about their subtle presence. Those people who chatted with a stranger in the presence of a mobile phone were less positive about the chances for the encounter to blossom into a potential friendship than those who sat and talked with the notebook on the table. Moreover, the mobile phone chatters reported that they didn’t feel as great a connection to their conversation partner.

A second conversation — this time about a more meaningful subject seemed to enhance that contrast. For example, those participants who spoke to a stranger with a notebook on the table in front of them reported a feeling of greater closeness to their conversational partner than those who shared a personal story with a stranger in the presence of a mobile phone.

While there’s no definitive answer as to why these results occurred, the researchers did conclude that mobile phones “can have negative effects on closeness, connection, and conversation quality. These results demonstrate that the presence of mobile phones can interfere with human relationships, an effect that is most clear when individuals are discussing personally meaningful topics.”

Do you allow mobile phones at the dinner table in your house?