What happens when a couple agrees to seek romance or sex outside their relationship? Do we need monogamy to stay together? 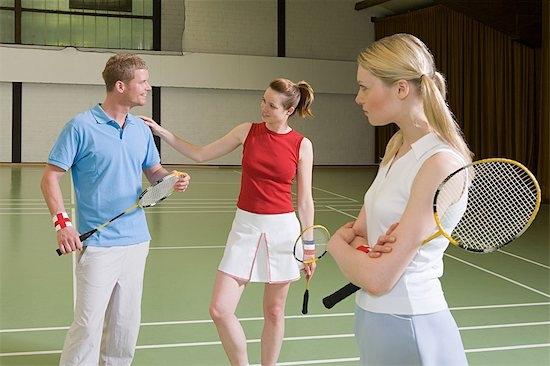 Who hasn’t occasionally felt restless in a long-term monogamous relationship? One of the necessities of establishing real familiarity and intimacy with someone is that you get close enough to see all of their peculiarities, their annoying little habits, their tendency to leave balled up socks on the bathroom floor. Romance and sexual heat can take a bit of a nosedive, and can leave partners wondering what else is out there. And so some turn to an “open relationship” (or polyamory) to keep things fresh and interesting.

Much has been made of actress Tilda Swinton’s rather public open marriage with the father of her twins – Swinton also has a much younger boyfriend – and several other celebrity couples, including Ashton and Demi, have been linked to unconventional romantic arrangements. Non-monogamy, it appears, is coming out of the shadows as a viable option for even long-term, committed couples.

In a new book, Open: Love, Sex and Marriage in an Open Relationship, Jenny Block chronicles her move towards polyamory – which she defines as having one primary partner but being open to the possibility of additional partners – and what that has meant for her now thirteen-year-old marriage. “Monogamy didn’t work for us. I didn’t want to leave my husband, but I was freaked out that I had agreed to only have sex with this one person.”

Block says she had an affair three years into her marriage because she was feeling restless; but she and her husband declined to allow her infidelity to tear their relationship apart. Instead, they sat down and reassessed how their marriage was working and what they both needed. And what Block decided she needed was a girlfriend. Block approached her husband about making her best friend at the time – who had always had a bit of a crush on Block’s husband – a third partner in their union. They were together for six months.

For Tristan Taormino, who practices polyamory and wrote Opening Up: A Guide to Creating and Sustaining Open Relationships, being in an open relationship means giving each partner the freedom to explore. “It’s definitely an opportunity for growth for me,” she says. “You come up against a lot of issues involving communication and wants and needs and jealousy, and there’s work to be done in those areas. I feel challenged by my relationship. I also feel like it’s really dynamic, always changing and shifting and we never get to a place where we’re really stuck.”

But while the rigidity of monogamy isn’t for everyone, it does have one key thing going for it: simplicity. With open relationships, there are a million different possible permutations, and figuring out which one works for you and your partner can be trying. “Everyone has different comfort zones, needs, wants and desires,” says Taormino. “Some people negotiate what types of other relationships they’re going to have: Are they going to be fun and non-romantic and casual? Are they going to be ongoing with an emotional component? How much time are you going to spend with other people? Where are you going to do it? Will sleepovers be allowed? The rules are really just based on what people want to get out of it, and what makes them feel safe and okay.”

Block’s husband tried to implement some rules. He suggested that they limit their extramarital exploration to out-of-town trips and people who were only peripherally connected to the couple’s lives. But then Block met her current girlfriend four years ago, who soon moved in with the married couple. Taormino says that’s not atypical of the people she interviewed for her book: “The majority spoke about their commitment to their relationship – even if those commitments are different from the commitments we see on commercials for diamond engagement rings. I’ve interviewed people who have been non-monogamous for 10, 20, 30 years with the same primary partner.”

But possible domesticity aside, couples therapist Dr. Teesha Morgan cautions that opening a relationship definitely isn’t for everyone. The biggest obstacles in an open relationship are jealousy and coercion. “Both parties have to be really into it,” she says. “You see a lot problems when one partner suggests it and the other one gives in to appease their partner.” When an open relationship is tested and failed, the consequences can be devastating. “Once you go into this and it stops working, it can be difficult to salvage the initial relationship,” says Morgan.

But for all of the potential problems, Block maintains that her polygamous relationship works far better for her than monogamy ever did. “For some people, you can’t get everything from one person, and it’s not because that other person is lacking,” she says. For a long time, Block followed society’s conventions, even though they didn’t work for her: “[But] you’re not the same person at 45 as you were at 25, and if you’re incapable of change then you’ll end up apart.”