Is the cost of getting married keeping people apart?

A new study finds a large number of Canadians are being impacted by the high cost of love. 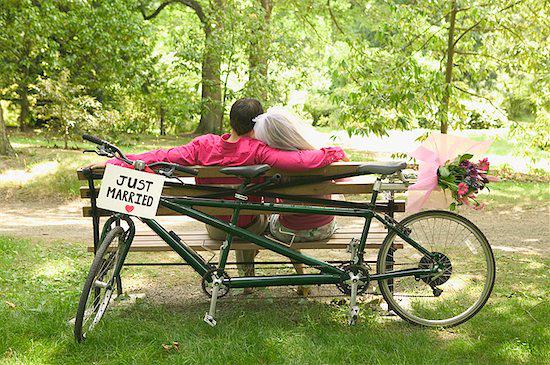 Tale as old as time. Two crazy kids meet, fall in love and decide to get married. The timing is off — neither has a steady job. Parents, families, friends, everyone begs them to wait. Waiting is the prudent choice. Postponement is the practical way to go.

But they can’t wait. Nest egg be damned! They want to be together and money will not stand in their way. All roads lead to a humble rental apartment, a secondhand car (minus working AC), an unplanned pregnancy and a droopy-eyed rescue dog from the local animal shelter. True love wins out and the future is again safe for romance, adventure and the power of two people united against the world.

A recent article on Canada.com detailed the results of a national survey conducted by the Bank of Montreal and Pollara in which, 1000 Canadian adults were quizzed about their marital plans. Among the participants, two-thirds of the couples who planned to get married within the next five years were actively postponing the wedding in deference to concerns about employment, debt and housing costs.

One-third of those married within the last five years reported that they had postponed their plans for similar reasons, while among those who had been married for five years or longer, only 15 percent had applied the brakes on getting hitched.

Many couples are concerned about the high cost of weddings, too. According to the article the actual average cost of weddings ($32,358) is markedly higher than the projected cost.

As far as this survey is concerned, then, it would seem a clear majority of engaged couples have decided to be strategic, opting for the practical course rather than take the the leap of love and faith.

As in all roads taken or deferred, something is gained but something, too, is lost.

There is something to be said for avoiding debt and acquiring that all-important granite countertop and walk-in closet, but there is something wonderful about taking the plunge too and surrendering our desire to have an InStyle-worthy wedding and an ensuite bathroom (with two vanities). Material goods come with time, if you desire them.

And what about the loss of excitement? It’s hard to duplicate the thrill of an asset-free, lifelong commitment. Who needs to take a zip-lining vacation in Costa Rica when there’s the rush of marrying your best friend minus decent credit or RRSPs. Can you say adrenaline rush?

Tell us, did you wait to get married, or forgo it all together, because of finances?