Can you be happily-married and have your cocktails too?

Do you and your partner have cocktail compatibility? Find out why it's so important to the health of your relationship. 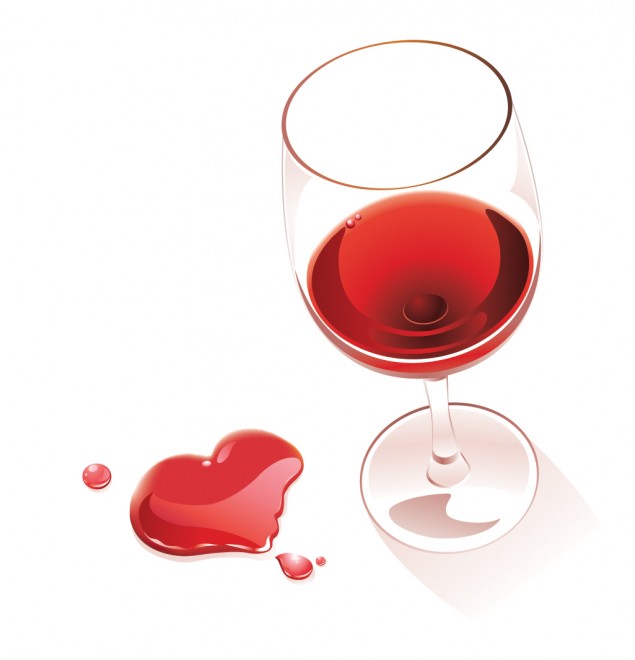 If arguments over money are one of the biggest reasons couples divorce, perhaps drinking together is one of the key reasons they keep celebrating anniversaries. A recent study by researchers in Norway found that couples who consume roughly the same amount of alcohol are less likely to divorce than couples that have very different drinking habits. (Interestingly, the highest divorce rates were found in couples where only the woman was a heavy drinker.) Ellinor F. Major, director of the Norwegian Institute of Public Health, told the Los Angeles Times, “Couples who intend to marry should be aware of the drinking pattern of their partner, since it may become a problem in the future.”

Years ago, I rejected one potential suitor because he ordered a Diet Coke on our first (and only) date. He told me that he was unable to drink in moderation and so had decided not to drink at all. It was an admirable and responsible decision but I found myself suddenly panicking. Getting rapidly and unnecessarily ahead of the situation, I was confronted with a future of not sharing a good bottle of red wine over dinner and being the only one who always getting tipsy at weddings. I quickly deduced that it wasn’t for me.

So how do couples navigate when they do have incompatible drinking habits?

Kimberly Moffitt, a Toronto-based psychotherapist who often works with couples, says that it’s not just the drinking that can cause a problem, but also the social events and activities that surround the use of alcohol. “Couples generally find satisfaction in a marriage when their social lives are connected and they have good rapport,” says Moffitt. “For example, couples are shown to have positive results from engaging in physical activity together on a regular basis. If one person’s social life tends to revolve around activities where drinking heavily is acceptable (where they can feel validated and perhaps, in the case of problem drinking, less guilty), the other person will likely either have to participate unwillingly in those activities too, or will resort to finding other activities to engage in without their partner.”

Moffitt says that differing attitudes towards alcohol can also create friction between members of a couple. “A person who is completely abstinent from alcohol may be highly judgmental of a light social drinker, even if that social drinker limits themselves to a couple of drinks, or a heavy drinker may consider an abstinent person to be a ‘prude’ or ‘uptight’.”

Drinking together does seem to unite people in a way that, say, drinking a milkshake does not. When we think of alcohol lowering our inhibitions, we tend to think of the problematic behaviour that arises with intoxication, and not the simple life-enhancing rituals that can enrich daily life. Rosie Schaap, author of Drinking with Men and writer of the monthly “Drink” column for The New York Times Magazine, says that it would be difficult to date a non-drinker. “So much of my work and social life involves drinking, so it would be tough to be with someone who doesn’t drink at all,” says Schaap. “As delicious as a milkshake is, it doesn’t quite relax people or facilitate conversation the way that a cocktail or a beer does. Sharing a cocktail at the end of the day with someone you love is a great pleasure, and not being able to do that seems like it could be a deal breaker for me.”

Ultimately, if one member of a couple enjoys drinking and all of the related cultural components – hanging out in bars, wine tasting, making beer – it’s easy to see how that could create a wedge or lifestyle incompatibility. Moffitt says that couples who have incompatible drinking habits might need remedies similar to those with incompatible financial habits.

Here are her top three tips for navigating those differences:

1. It may sound unromantic, but it’s better to make a plan than to wait for things to unfold naturally, when they could become chaotic. Sit down and talk about the social activities you want to engage in each month. If one of you does plan on drinking, decide who will drive.

2. Make sure to include both party-friendly activities as well as romantic and sporting activities that are more geared towards bonding as a couple.

3. Having a good balance of engagements (and working as a team to create this) is a wonderful way to keep a relationship healthy.

Tell us, has drinking ever created a rift in your relationship? If so, how did you address it?