Does bump-watch culture reflect our desire for children?

Newsweek reports on the current number of women having babies, and what that may mean for future generations. 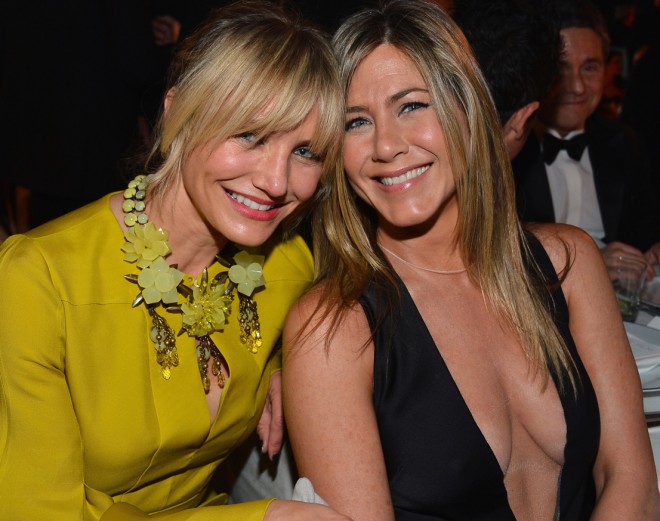 Cameron Diaz and Jennifer Aniston have both voiced their annoyance at the pressure on women to have children.
Photo by Getty Images

We may be inundated with images of celebrities in various stage of pregnancy in tabloids, magazines and online — the term ‘bump watch’ no longer seems an accurate way of framing our current fascination with staring at Jessica Simpson’s growing belly, but rather ‘bump-fixation-bordering-on pathological-obsession’ seems more appropriate.

The public interest in the symbolic associations of childbearing may be more a pop culture creation than a reflection of how an increasing number of adults are choosing to live their lives.

An article in Newsweek drew attention to the growing number of childless couples in the U.S. and beyond, a trend that represents an overall decline in reproduction rates.

The article, which is populated with the voices of those who’ve chosen to foreswear the biological imperative, returns to a few standard reasons for the decision.

Basically, having kids looks like a lot of hassle.

Says one woman quoted in the article, “I feel like my life is not stable enough, and I don’t think I necessarily want it to be…Kids, they change your entire life. That’s the name of the game. And that’s not something I’m interested in doing.”

As with any choice, the decision comes with a few larger consequences for society.

The article makes the argument that the decline in birth rates could radically alter the makeup of society in the coming decades — in effect we’re aging but we’re not investing in the future of society by having children.

Does this shift in contemporary life and ambition represent a fundamental tear in the social fabric? Or is this trend more the result of an unforgiving economic climate in which having children can cripple a family’s finances?

The article makes the case for both interpretations and suggests that people might feel more open to having kids if there were more supportive government initiatives like extended leave for fathers, tax breaks for married couples with kids, and more child-friendly urban neighbourhoods.

The article also makes the subtle point that when it comes to the decision to have kids people might be a little too methodical in their approach. One woman recounted a conversation she had about her choice to not have kids with her father. The man told his daughter, “People don’t plan to have children, they just have them.”

How did you decide whether or not you wanted to have children? Tell us in the comment section below.