Will the next generation of condoms promote safer sex?

Bill Gates has issued a challenge to redesign the condom. The prize? One hundred thousand big ones and a clear conscience. 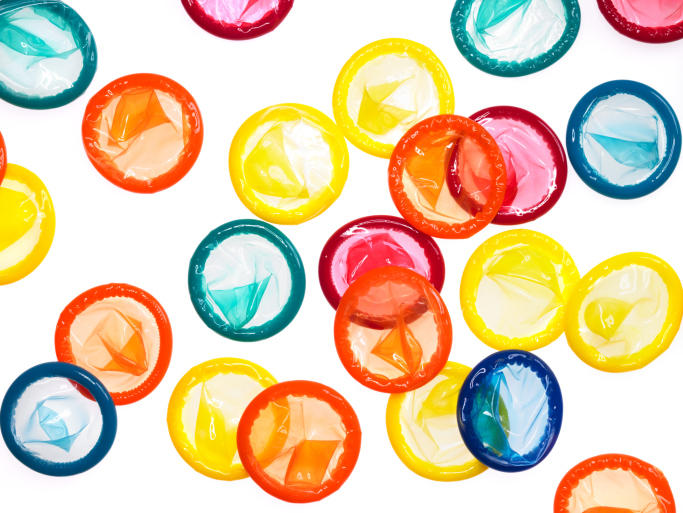 Remember that awkward health lesson that changed how you saw bananas? It was meant to teach you to use condoms, but it didn’t work. Less than 14 percent of the global population rolls on a rubber before sex. Enter Bill Gates: He’s picking up where your gym teacher left off.

In 2011, 2.5 million people were newly infected with HIV. This is a problem the Bill and Melinda Gates Foundation wants to fix. It’s funding the search for the “next-generation condom,” something fun and functional that will help prevent STIs and unplanned pregnancy by making people want to have safe sex. “We’re looking for ways to motivate people to use condoms by finding designs that can increase sexual pleasure. If someone can create a safe, effective and inexpensive condom that people will demand rather than just tolerate, the results could be revolutionary and life-saving,” says Stephan Ward, program officer for the foundation.

The plan is to go public with the initial round of condom creations this fall. But first each proposal must impress an expert panel and be supported by at least one reviewer. “We want bold, innovative ideas,” says Ward. The masterminds behind these want-to-wear condoms will then be awarded a $100,000 grant and an 18-month testing period, with the option of applying for additional funding (up to $1 million) to realize the latest in latex for men or women.

It’s certainly time rubbers were revamped. Their last major improvement was in 1997, when Durex’s synthetic polyurethane condom hit the market for the many people with latex allergies. Can you imagine if technology were stuck in this time warp? We’d be without smartphones and high-speed internet, and Bill Gates wouldn’t have the millions he’s donating to enhance your orgasms and protect your sexual health.

Twenty million people in the U.S. alone are newly infected by STIs every year. If Bill Gates can change that, he’ll be our newest sex symbol!