Sex after menopause: Why it's time to start talking

I recently attended a cozy little luncheon to discuss women's not-so-private parts. Dr. Rosella Nappi was in town to share the results of the extensive, international VIVA survey examining the vaginal discomfort that frequently accompanies menopause. 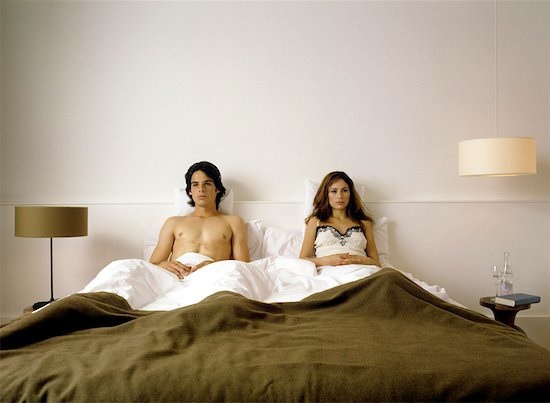 I recently attended a cozy little luncheon to discuss women’s not-so-private parts. Dr. Rosella Nappi was in town from Italy to share the results of the extensive, international Vaginal Health: Insights, Views & Attitudes (VIVA) survey examining the vaginal discomfort that frequently accompanies menopause. It was shared that the ensuing condition, vaginal atrophy (VA) may affect up to half of menopausal and post-menopausal women.

Menopause interrupts the production of estrogen, which can have a profound impact on every part of a woman’s body, particularly the vagina. VA is a condition where the walls of the vagina become thin, inflamed and fragile due to the reduction of estrogen. The symptoms can include burning, itching, dryness, urinary incontinence and general discomfort that can interfere with many things, particularly sex. Dr. Nappi, a firecracker from the University of Pavia in Italy, described it as “not feeling well in your own body.” On hand was Joan, a lovely and impressively unabashed woman who hit menopause, experienced the symptoms of VA, and initially struggled in silence.

And regardless of the medication being promoted at said lunch (TheBigOw.ca) there’s an underlying and important point that was made: We don’t talk about this stuff. Women are shy about discussing this even with their gynecologists. According to the VIVA survey, one third of Canadian women with VA waited at least a year before discussing the problem with a health care professional.

According to Dr. Nappi, Scandinavia is the only country where women are comfortable with the discussion of sex acting as ambitious guardians for their own sexual health and pleasure. This is one area where we desperately need to catch up. In a woman’s life there’s a lot of discussion about sex before we ever even have it — the safest and the best time — which later segues into when, and if, a woman should have children. But after that, nothing.

We know that pre-teens are sexting but we know very little about the sexual habits of seniors. Despite the fact that the Boomers overshadow us demographically, we hear almost nothing about their sex. What happens to sex when you hit middle age and beyond? It’s a total mystery to most of us. Sex after (maybe) kids and (possibly not) marriage is a bit of a black hole in our cultural knowledge. The women on Sex and the City rarely talked about their vaginas by the time they hit their 40s. Can you imagine a similar show about sex and dating with a bunch of women in their 70s? (Dear television, please make this a real show.)

Eve Ensler came up with the Vagina Monologues, but what we really need is a Vagina Dialogue. Pain isn’t normal, but sex is — no matter your age. And while I don’t love the increasing medicalization of women’s bodies and natural processes, I do thank big-pharma for bringing this under-appreciated issue to my attention.