What's it like being a man? Real guys reveal what they want women to understand 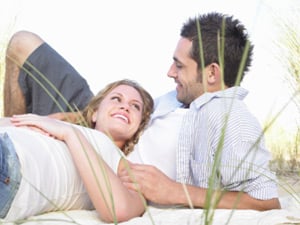 1. No matter what they may say, they really do want a birthday fuss. “Even when we try to be macho, we still want to blow out a candle and feel like the centre of attention, just for a little while.” Steve, 44

2. “Suit up!,” the constant cry of the womanizing character Barney Stinson (played by Neil Patrick Harris) on the sitcom How I Met Your Mother is more than a one-liner. “Putting on your favourite suit is just as empowering as a woman donning a stiletto heel. We just don’t admit it.” Nate, 30

3. If he’s acting like a fool, or seems to be putting on a phony personality, it could mean he’s into you, big time. “Why do we act stupid around a hot girl? Insecurity – it’s far easier to be shot down for a personality that’s a pure construct than while being yourself.” Chris, 34

4. Sometimes they watch chick flicks on their own – and cry, too. “One time my girlfriend brought home Circle of Friends, with Minnie Driver. I stayed home sick and put it on. I cried like a teenage girl. I’ve since watched it about five times, and it always gets me for some reason” J.D., 36

5. Cuddling is always an option. OK, this one won’t be a surprise to most women, after all, who doesn’t like to snuggle up? But, we were surprised at the number of men who said their partners didn’t like to cuddle as much as they do. Said one man married for over 11 years, “My wife always rolls over too soon after we make love, and I always roll her back to cuddle more.”

6. They’re insecure about their, ahem, bodies. “We all think that most women are looking for a man who’s well-endowed in his boxers even though we’ve all been told it’s more important to be well-endowed in the brain. We have a problem listening.” Craig, 36

7. Men are very simple. “That’s what women don’t get, that we’re so basic. We want you to love us and take care of us, be faithful to us, and we’ll do the same. The most complicated man I know is nothing compared to your average woman.” James, 30