Does serving pizza on a big table make you eat less?

A recent study found that people take less pizza when the slices are smaller and served on a large table. But don't go shopping for a new dining table just yet. 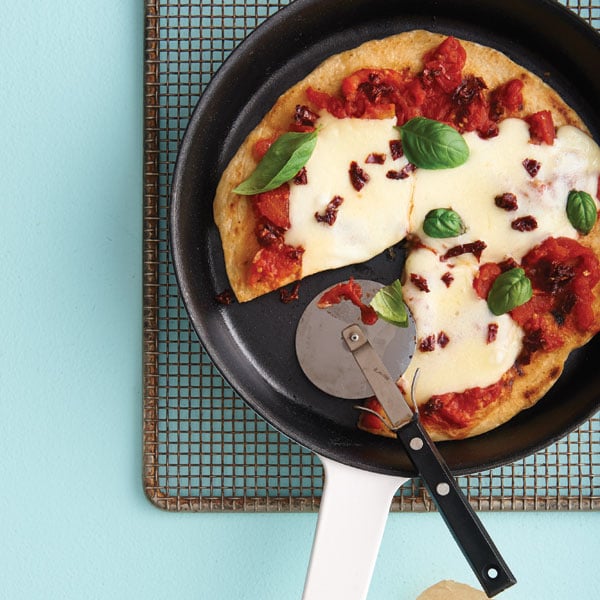 Does this skillet one-pan pizza serve six or one? You decide. (Photo, Sian Richards.)

In a study published in the Journal of Consumer Research in January, American researchers set up four pizzas — two sliced into eighths and two sliced into 16ths — and placed some on a large table and some on a small one. They observed 219 university students and found they took the least amount of pizza when the slices were small and served from the large table. Researchers concluded that a large table makes it hard to correctly judge the size of a serving, and smaller portions would appear larger, or at the very least, regular-sized.

Christine Tenk, a professor of psychology at Brescia University College in London, Ont. says this happens all the time. “When objects are presented in a large visual frame, like the moon high in the sky for example, we have a harder time interpreting the accurate size of the object.”

The study tracked how many slices the students took, but not what they actually did with them. “This study did not actually measure true consumption,” says Tenk. “Data was collected about how many servings participants choose but the amount of food actually eaten was not directly measured. This means we don’t know if the effects on food selection carried over to consumption or if the pattern of eating changed once the pizza was on the participant’s plate.”

How you serve food impacts how it is perceived and how much people take, however, it is not necessary to change your table size. “A large table at home may not affect our eating at all. This study did not mimic real world eating settings,” says Tenk.

Instead of altering your table size, she says that more reliable research has been done looking at plate size and found that eating from smaller dishes reduces total consumption.

More Study Notes:
Does happiness really have no effect on health?
Is deep-frying vegetables healthier than boiling?
Can a sniff test predict Alzheimer’s?