How attending a religious service might make you happier

We talk to Dr. Jeff Levin, whose research focuses on the correlation of attending synagogue and increased happiness, to pinpoint what it is about religion that can make you happier. 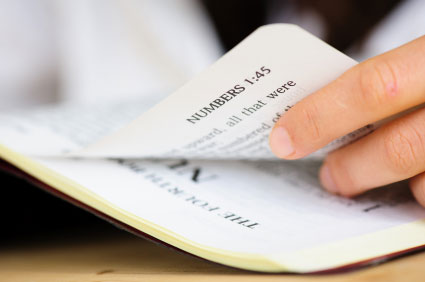 Who knew going to synagogue would be a path to happiness for Jewish people? Dr. Jeff Levin knew after conducting two studies which concluded that attending synagogue and praying regularly can lead you to more happiness.

“There have been thousands of studies on the topic of religion and happiness, but the overwhelming majority of this research has focused on Christians. For the most part, the findings point to a salutary or positive link: spirituality as a force for greater well-being, on average,” says Dr. Levin, director of the program on religion and population health with Baylor University in Waco, Texas. “And because I’m Jewish, I’ve always wondered if these findings were ‘translatable’ to people who practise Judaism.”

In compiling his two previous studies — one from 2010 studying 1,849 Jewish adults from the Israeli sample of the European Social Survey, and the other, which was published in the Journal of Happiness Studies, using 2009-10 data on 991 Jewish adults — Levin concludes that on the whole, people who go to synagogue more often tend to report higher levels of happiness.

“Like any finding from a population-wide study, the caveat here is this finding exists ‘on average’. One can be happy and not go to synagogue,” he notes. “And likewise, being religiously observant is no guarantee of happiness. But, on average, for Jewish Israelis, folks who go to shul (synagogue) more frequently report being happier.”

Given that the strength of the Jewish culture might be as strong as its faith, it’s possible that played a role says Levin. One survey question asked people whether, and how often, they go to synagogue — respondents may have connected that with culture as much as to faith and religiosity. “It may also tap into a strong sense of Jewish identity or sense of solidarity with one’s people, tradition or a commitment to a set of values. Any of these things may also influence how happy one feels or how satisfied with one’s life one feels independently of one’s particular religious beliefs,” says Levin.

It’s also possible that it’s not religion itself that brings happiness, rather it’s the community in a religious setting, and the support it offers, that creates happiness. “Researchers in several fields speak of social support, both tangible and emotional resources that can be helpful in people’s lives and help folks cope with the stresses and challenges of life,” says Levin. “In religion, congregational involvement can serve as these kinds of social supports, which have been associated with greater happiness, life satisfaction, even health. Jewish folks are no different here.”

While Levin reiterates that many studies have been done on religion’s influence on happiness in relation to Catholics, Protestants, Muslims, Buddhists, Hindus and more, where does this collective body of research leave us in terms of religion and happiness?

“Find a way to nurture your spirituality or express your faith, regardless of your particular religion,” he advises. “This can be a powerful pathway to contentment and happiness and well-being.”

Are you a religious or spiritual person? Tell us how it helps you be a happier person in the comment section below.