Really? Running is making me happy?

Every so often in grade school, our teacher made us head out of the class and run around the school field as part of gym. Me, I never made it around once. 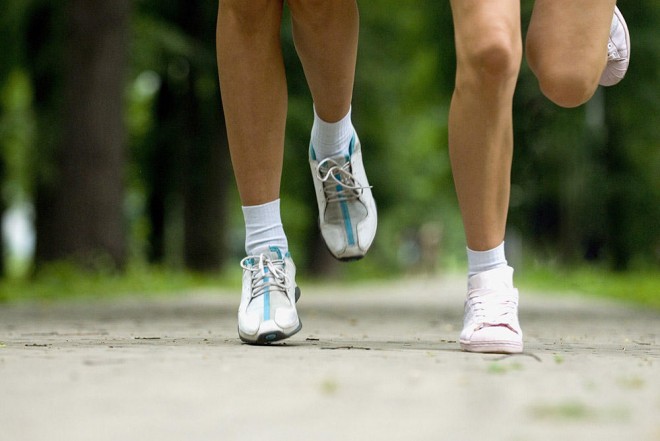 Every so often in grade school, our teacher made us head out of the class and run around the school field as part of gym. Me, I never made it around once. Don’t get me wrong — I was an active kid who took dance class at least twice a week, played double-dutch just about every recess, and circled my block for hours on my banana-seated green bike. It’s just that running was never my thing — I could sprint just fine, and in fact, my proudest athletic achievement in grade school was making it to the city track meet to represent my grade in the 100-metre dash. Dash is one thing — it’s over in mere seconds. Distance running? Those seconds can feel like hours.

Go figure that today, or at least in these past six months, I’m finding more and more happiness in my Sauconys. As some of you might remember, back in the depths of winter this year I signed up to run two races: a 10-kilometre run in the spring, and more ambitiously, the Scotiabank Toronto 21.1 kilometre half-marathon in the fall. In trying to work up to that half-marathon distance, this summer especially has got me running in less than ideal conditions — in the 30+ degree weather, along city streets, hobbling a bit thanks to a grouchy hip flexor, maybe running after a day of already chasing around my children. Yet, by the time my run rolls around, I’m often itching to go. To run? Really? Me?

I’m not sure what’s changed. I’ve run off and on for years and many times have joked that running and I were on “a break.” Sometimes it was a flat-out break-up and we wouldn’t see each other for another year. But this time, our reunion has stuck. I’m not sure if it’s the fact that I’m a better runner? After all I’m running more now, four to five times a week, which of course means it gets easier. Is it the fact that the goal is more tangible? With two months away and me coming up on running 14 kilometres for a long run, I feel like I may actually be able to do this race. Is it the fact that I’m running virtually with a group of fellow pavement and treadmill pounders? (We’re on month three of our Nike Running challenge — great motivation has come via this group.) Or is it the fact that when I run, I’m girl uninterrupted — no kids butting in, no emails to answer, no laundry to do. Probably. Actually, I think it’s a combination of all three of those factors.

I’m trying to not overthink what it is that’s fueling my running happiness right now. Instead, I’m just continuing to plod the pavement and focus on that 21.1-kilometre finish line. And next time I go back to my hometown, I might just head out to run around that big old school field to see how I do.