Making new friends can get tougher and tougher as you get older, but it's definitely a pursuit that can bring you a lot of happiness. 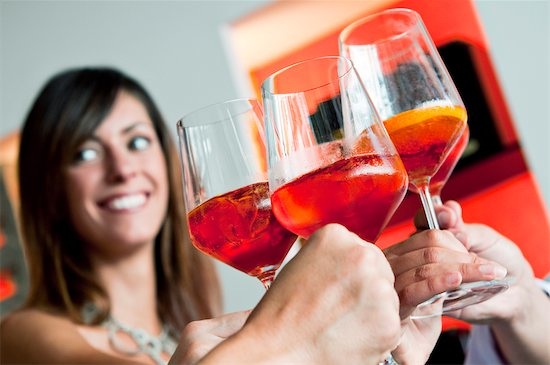 I am not, in general, a lover of new things. I like old things, things I know: sweaters that have lovingly worn elbows and slightly frayed cuffs, and restaurants where I don’t have to look at the menu because I already know that they make the best BLT in the city. I also love old friends, friends with so much shared history, who know everything about you and who can immediately recognize when any one of your seeming millions of ex-boyfriends walks into a bar. But there’s also something I love about the thrill and possibility of a new friend.

Like so many relationships, a bit of silence and comfort can creep into long-term friendships. You know each other so well, and you’ve spent so much time together, that it’s hard to maintain the energy of those first flushes of friendship true love. There’s something intoxicating about getting to know someone new – hearing all of their stories and learning about their families and being introduced to the things they love. Just this summer I made an effort to turn two wonderful women acquaintances into friends. One has in-depth knowledge of birds of prey and the other makes homemade pulled pork and pickles on a regular basis. Obviously, this has added immense value to my life.

Meeting new friends gets harder once you’re out of school and on your own – no more organized play dates or Frosh Weeks or assigned lab partners. And unlike at school, bonding with people you meet at work can be tough because they invariably carry an association with your daily grind, which can be the last thing you want to think about on a Saturday night. So I’ve learned that I can’t take the opportunity to make new friends for granted. I’ve started broadening my list of invites for summer badminton games in the park. I’ve started saying yes to social situations that are slightly beyond my comfort zone, where I don’t necessarily have the protection of old friends and can’t coast through the evening without making an effort to engage people.

And now, in London for a few days, I called up a friend of friends who I see every year at the same New Year’s Eve party but whom I’ve never actually sat and had a drink with. I met up with her at a raucous pub in central London, where she and some friends were celebrating someone’s birthday. We spent the evening drinking far too much and hopping from bar to bar, trying to stay ahead of London’s archaic liquor laws. My friend, from Canada, explained the ins and outs of life in London. And one of her friends told me the story of how she moved from France and fell in love with a Jamaican man. These occasional moments fascinate me; that you can have a night where you find yourself full of vodka, bitten by an early fall chill and practically skipping down the street in an unfamiliar city, while an Italian man you didn’t know existed earlier in the day explains how he shared a room with his younger sister until he was 24.

I can’t say enough good things about old friends, and I love mine dearly. But it also makes me extremely happy that I will never run out of new people to know.