What it's like to have a preventative double mastectomy at 29

I’ve lost almost everyone in my family to cancer. After my mom died and I tested positive for the BRCA gene, I decided to reclaim my life. 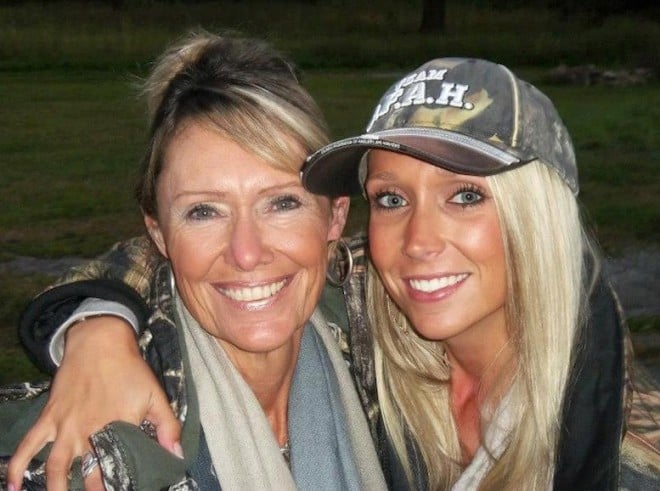 I never expected to find myself awake at 6 a.m., hands turned orange from scrubbing 50 pounds of carrots, juicing every vegetable in sight and making coffee enemas to deliver to my mother — all in a last-ditch effort to save her from cancer. But there I was.

Cancer has been a constant presence in my life. My dad died of brain cancer when I was two years old. The same disease took my grandmother. My grandfather died of breast and bone cancer, and I lost one aunt to ovarian cancer (a disease another aunt has fought and survived, along with breast cancer).

It was my mom’s battle with pancreatic cancer that had me juicing at all hours of the day, but at that point, she had already survived breast cancer twice. She, my grandfather and my aunts all carried the BRCA gene — an inherited gene mutation that increases the risk of breast and ovarian cancer in women. I suspected I had it as well — and getting tested for it changed the course of my life.

Related: How women really feel about their breasts

My mom’s first diagnosis came at 37, when I was six years old. She had a lumpectomy, radiation and chemo, and was very sick. I watched her pull out chunks of her hair, and some days, the nausea made it impossible for her to eat or even get out of bed. But she pulled through.

Ten years later, a new cancer surfaced and she decided she wanted a mastectomy. I remember her looking in the mirror right after surgery, the staples sitting in a straight line across her breast. I was too young to completely understand what she was going through, but I could sense how hard it was.

She was 58 and had just retired from her job running an ice-cream parlour in Bobcaygeon, Ont., when doctors found cancer again, this time in her liver. They told us the primary source was the pancreas, and she was given 3 to 6 months to live. But she wasn’t going to stop fighting. 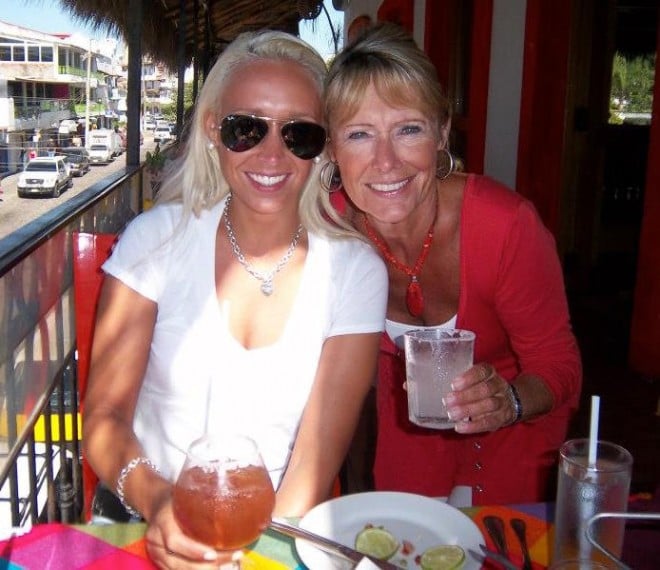 We hopped on a plane to Mexico to try an alternative therapy which is all-natural and involves a rigid schedule of 13 fresh juices a day, organically grown vegetarian foods, vitamins, coffee enemas and relaxation. I was there to learn the method, so I could help her continue it when we got home. My mom believed in it — she had no interest in dealing with the nasty side effects of chemo and radiation with the prognosis she received. And so I threw myself into it too.

Still, she couldn’t outrun the disease this time. Around my 25th birthday, she took a turn for the worse. One morning, while we were having breakfast, she fell off her chair and had a stroke. I scooped the food out of her mouth so she wouldn’t choke and called the nurse. I was trying to stay positive and was hoping for a miracle, but when the nurse told me I should start to make preparations, the reality of the situation sunk in. I lost her on January 9, 2012, at 3:37 a.m. I was by her side. I saw her last breath.

I thought about getting tested for the BRCA gene when I was younger, but it never felt like the right time. When my mother passed away, I knew I needed to take control of my life. About a year and a half ago, I had the test, and it was positive.

Frank, funny and totally useful gifts for a friend with breast cancer

The hardest part was the time between making that decision and having the surgery. It was hard to think about my breasts being gone. Was I ready for this? Would I be able to look in the mirror and still feel like a woman? Would I be confident? Would my husband still be attracted to me? Would I be okay knowing I wouldn’t be able to breastfeed my children?

I felt more at ease after meeting my two amazing surgeons at Women’s College Hospital in Toronto. They answered all my questions openly and honestly. They were wonderful at talking me through what to expect in recovery, and when I could be active again. My anxiety hit the roof the day of the surgery, but when I saw them, I knew I was going to be okay. They were saving my life. I was saving my life.

Everything you need to know about healthy breasts

The recovery was a process, and every day was different. Some days I had a lot of energy, but on others I felt like my recovery was going backwards. The sponge baths during the first week were so hard, as was looking at my new body in the mirror. I was determined to get back on my feet quickly, so I pushed myself, probably more than I should have. There were days when I just wanted to cry and grieve for my breasts, when I couldn’t believe they were gone.

It’s been almost one year since my surgery, and I’m still not used to the way my body looks sometimes, but I’m learning to live with it. I believe state of mind can be a powerful tool. It hurts that my mom isn’t here to help me through it. There are days when I just want her to hold my hand, make me soup and tell me she’s proud.

I am glad I had the mastectomy and I am proud of my scars. When I look in the mirror now, I see courage and strength. Everyone is different though, and no two people’s stories are the same. Cancer has been such a big part of my life, but now I have a new focus: to bring awareness to testing for the BRCA 1 and BRCA 2 genes. I feel that knowledge is power. And if you have your health, you have the whole world in front of you.

A version of this story previously appeared on Laura Amanda Kelly’s website.

More:
Does your doctor see you as a person, or a problem?
15 stylish dresses to wear to a fall wedding
What the recent ‘discovery’ of a new zodiac sign really means