Top 10 healing plants to grow in your backyard

Diana Beresford-Kroeger has spent a lifetime studying as a botanist and biochemist, and has cultivated a garden with 6,000 potentially healing species 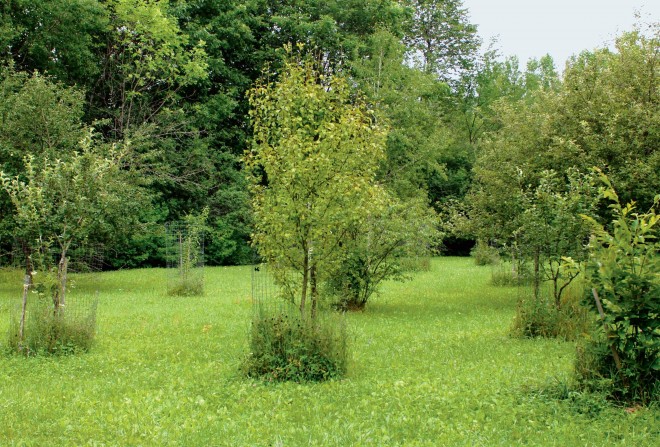 Image 6: Hogge pears in the orchard 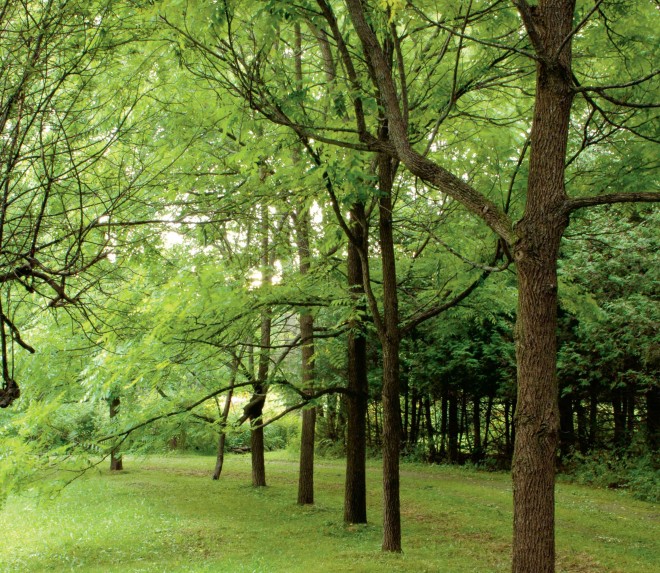 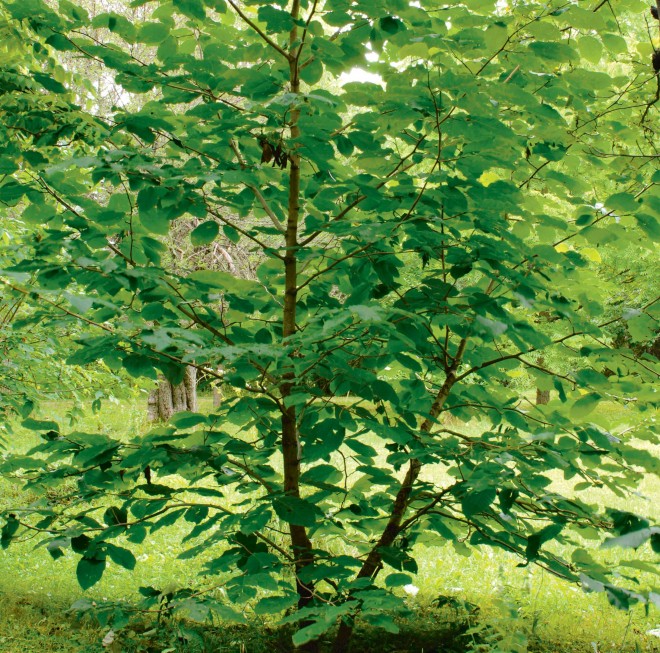 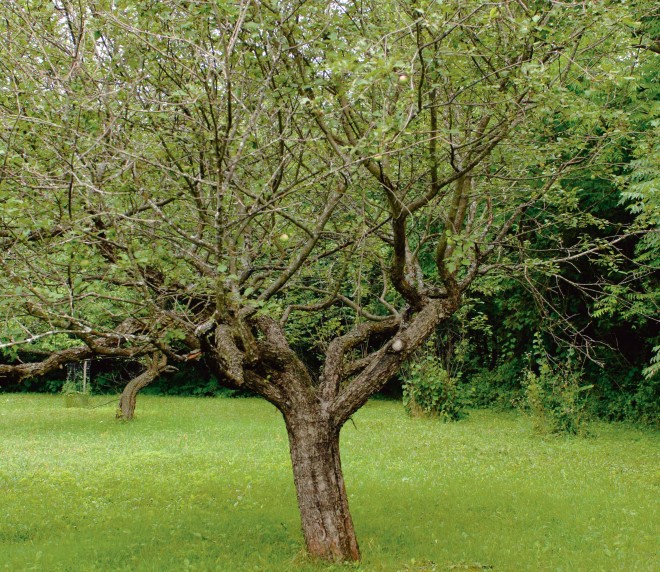 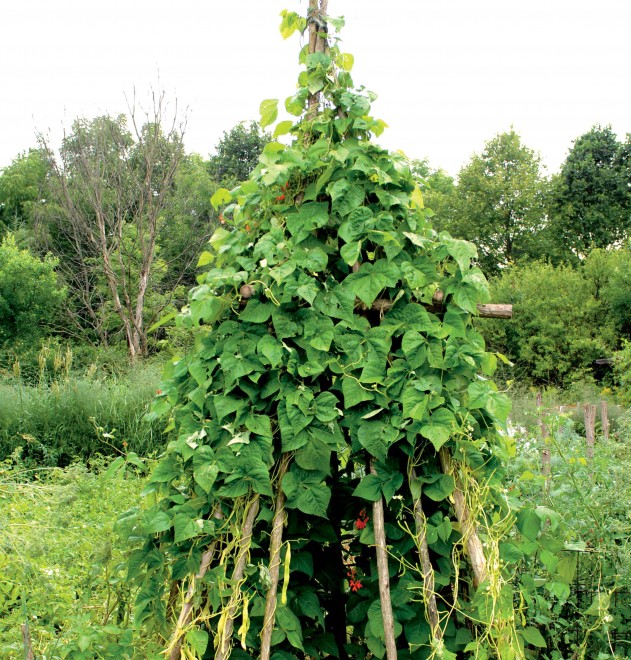 In a singular garden called Carrigliath, a Gaelic name meaning “grey stone,” frogs lollygag around a lily-studded pond, wrens on food detail patrol the lush orchard, squirrels scurry through the canopies of hickory, elmand black-walnut trees, hummingbirds dip and whir amid towers of scarlet runner beans (Image 2) and hundreds of insects hum and buzz over banks of fragrant blooms.

“This place is like a blinkin’ zoo!” exclaims Diana Beresford-Kroeger of her wildlife-filled garden nestled in 160 acres outside Merrickville, Ont., south of Ottawa. And she wouldn’t have it any other way. Indeed,for Diana, who marshals formidable skills as a botanist, biochemist, medical researcher and organic gardener, the many critters that live in or drop by Carrigliath are the clearest indication of success.Their presence tells her that a natural balance has been achieved: a healthy harmony of soil, water, flora and, yes, all that fauna. Simply put, they are at home here, in diverse habitats woven together in a teeming web of life. Healthy environments for wildlife and plants mean a healthier environment for the human residents, and one small step toward healing this ecologically battered planet.

“There was nothing but derelict farmers’ fields here when my husband, Christian, and I arrived over 30 years ago,” says Diana, her voice still tinged with the Irish lilt of her up bringing. “We decided to put the house on a rocky area and save the good land for planting. Absolutely everything here was planted by us and is tended by us.” Her love of the land has deep roots: “My family has been gardening in Ireland since the 12th century,” she says, adding with a laugh, “I come from a long line of gardeners.”

Over the years, Diana and Christian have filled about eight acres with perennial borders, a kitchen garden, a meadow, a pond, a mixed orchard (Image 3), a small vineyard, a medicine walk and, anchoring it all, a collection of trees, especially nut trees. With the garden as her laboratory, Diana has experimented with more than 6,000 species of plants, testing their mettle and propagating the best, from pest-resistant gladioli through heritage black potatoes and poppies to extremely hardy Hogge pears, which she bred herself from Russian ancestry.

She may call her garden a zoo, but in many ways it’s more like an ark: full of rare and endangered plants she is determined to preserve and protect. “If I don’t rescue them, they won’t be saved,” she says bluntly. “For example, I’d been looking for years for an edible-white-sour-cherry tree brought to the Bruce Peninsula by European immigrants. Well, a friend from Ottawa went to Austria and, after asking around, found a farm with two of them. Miraculous. I gave her instructions for collecting the seeds and got them last October. I treated them to get them to germinate, and now 10 are coming up,” she says delightedly. Even so, plant rescue Diana-style can be a risky business. Pointing to a gorgeous blue fir (Abies concolor “Candicans”), she says, “That came from a property here in Merrickville— I literally dashed in front of the tractor that was about to mow it down and grabbed that little tree right out of the ground!”

Diana’s commitment to saving plants comes only partly from the need to preserve the world’s vital genetic diversity. Equally strong is her conviction, buttressed by a deep knowledge of Aboriginal healing, that plants hold a vast store of medicines we have only just begun to understand. Although nearly half of modern medicines come from the plant kingdom, only a small percentage of the world’s flora has been evaluated phytochemically. Much more remains to be investigated, she says, from the potential anti-malarial properties of cucumber magnolia (Image 4) to possible tumour-fighting acids in blackwalnut trees.

As a scientist, Diana can parse the complex components of plants down to fungal cells and terpene molecules (which make up essential oils such as menthol and carry natural fragrances into the air), but years of research have only heightened her sense of wonder at nature’s intricate workings. As she wrote in A Garden for Life: The Natural Approach to Designing, Planting, and Maintaining a North Temperate Garden, “I found that gardening rubbed away the arrogance of science, for you simply cannot sit in the mud for a long time in the spring swatting blackflies and mosquitoes and depositing sedimentation on your face without questioning what you are doing. I began to realize that I was doing something different from other gardeners. I was putting into action a design in the garden that encircled something very big—a design for life I called the bioplan .”

This design for life knits together diverse plants and habitats into a harmonious whole. Any garden of any size can be bioplanned, she says, and the more gardens that are, the healthier we and the earth will be. “The very act of gardening is beneficial and more necessary now than it ever was,” she says. “My aim is for all of us to hold hands across the planet to help heal it through the bioplan.”

The crowning glory of any bioplan — and certainly of Diana’s own — is the trees, about which she is particularly passionate. Perhaps that harks back to her Irish ancestry, which is imbued with myth, magic and stories like that of a leg end ary king’s Irish oak so massive that 2,000 men and their horses could stand under its imposing canopy. At Carrigliath, her arboretum of more than 100 tree species includes American elms, tulip trees, the rare wafer ash, American basswood (“the greatest nectar-producing tree on earth”), a cucumber magnolia and many North American nut trees such as black walnut (Image 5), sweet chestnut and her favourites, the hickories. She terms these the “anti-famine” trees: “Hickory nuts and others are very high in fat, carbohydrates and protein, and they would sustain Aboriginal communities when the animals disappeared.”

The trees do so much more than nourish us, however. They clean our air, feed and shelter wildlife, produce oxygen and combat climate change. In fact, says Diana, “all life as we know it depends on trees.” She has written three heartfelt books on the subject, the latest being Arboretum Borealis, which describes the crucial role played by the great circumpolar boreal forest. In The Global Forest, she points out that “in the 1950s, the global surface was 30 percent covered with forests, and in 2005, it was in the range of five percent .” Determined to raise awareness of the treasure that is being squandered so cavalierly, she travels extensively, giving talks and workshops. Recently, she did a session in Texas with a group of children aged 11 to 14.

“I asked them to be ambassadors for nature, to plant a tree, look after a tree and keep an eye on the forests. There will be groves of bur oaks and live oaks all over Fort Worth, and the children will be guardians,” she says. “If everyone would do this, just plant or tend a tree, it would make a huge difference and give our children a future.”

Diana is also a driving force behind the Archangel Ancient Tree Archive, a group that seeks out and clones the oldest and best trees — the “grandmother trees,” she calls them — to capture their superior genetics and distribute the seedlings for reforestation. Among the best trees (Image 6) are a 3,000-year-old giant sequoia in California and a venerable black willow that, she says, “filters water, mops up toxins in both water and soil and provides a valuable early source of pollen.”

With hopes of a green future for the planet, what of the future of Carrigliath? “I’d like to have a full collection of all the hickories,” she says. “My idea is to share all my species with many people. And I’d love to have internships here; it would be wonderful to have a tiny foundation,” she adds, a tad wistfully. “It will be really too bad if we go and the garden gets turned into compost; I’d like to have time to share all the knowledge.” If strength of mind and spirit count for anything in this world, she will.

1. Hollyhock (Alcea rosea): Used as a tisane or a mouthwash, it’s anti-inflammatory and good for coughs and respiratory problems.

2. Couch or twitch grass (Agropyron repens): Antiseptic, diuretic; used for bladder infections and bloating. Dogs eat it — the antibiotic compounds are good for their intestines.

5. Elderberry (Sambucus): Poisonous except for the flowers; they’re used in lotions to relieve tired eyes and rejuvenate aging skin and as an immune-system booster.

10. Thyme (Thymus vulgaris): Thymol is an antiseptic, effective on gastrointestinal and respiratory complaints.