How to reconnect with old friends

It's not always easy, but picking up the phone or sending an email - even after years have passed without contact - can be really, really worthwhile. 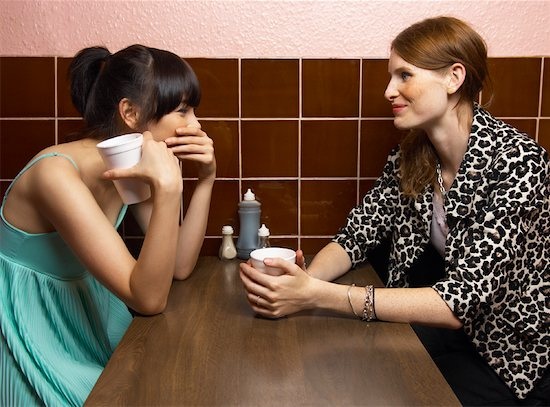 Recently, I was in New York and was looking forward to visiting all of my usual suspects; I’m lucky enough to have lots of friends who live there, some old and some new. As I sent my emails and made my plans (researching new places to eat and finding fancy cocktails I was desperate to try), an old, much loved friend popped into my mind – as she has so many times over the last several years.

We both interned at a magazine together in New York about eight years ago, fresh out of university and full of a nice balance of enthusiasm and cynicism. We were instant friends, and I depended on her a lot that hot summer, as I tried to navigate such a fashionable, overwhelming and somewhat intimidating city that I had instantly fallen in love with. I felt like a newborn fawn with shaky legs and last year’s shoes. But she was an anchor for me; someone whose family history, sense of humour and aspirations mirrored mine. We could talk for hours, genuinely losing track of time. I adored her.

And then I left New York after my visa expired, and we quickly lost touch. I was building my life in Toronto, and didn’t return to New York for a few years. When I finally did, I felt like too much time had passed to get in touch. But this time, after so many years, I realized that too much time had passed to not get in touch. I sent an email off and held my breath, hoping I still had the right address.

I did. And I saw her one very cold day last week. She looked the same, her kind, hopeful brown eyes immediately recognizable. We met for coffee and spent only about 15 minutes on small talk before we fell into more challenging but familiar conversational territory. Time passed, barely noticed, and it was only when we both realized we were late for other appointments that we forced ourselves out of that cozy cafe corner and back onto the snowy streets. We made our promises to see each other again soon.

Not all efforts to reconnect go so well, I know. Sometimes you realize that someone simply just doesn’t have a place in your life anymore and it’s best to let them go. But other times, as with this experience, you don’t even realize how much you’ve missed someone until you see them again. I walked away from our afternoon together so sad to say goodbye, but so happy that a prolonged silence doesn’t have to destroy an important relationship. Sometimes, it is possible to start right where you left off, passing time in a cafe, talking about everything and anything with a kindred spirit.