Having trouble keeping those New Year's resolutions? Try this

We've got strategies, culled from top athletes and sports psychologists, to help you achieve your goals at the gym, at work — and any place in between 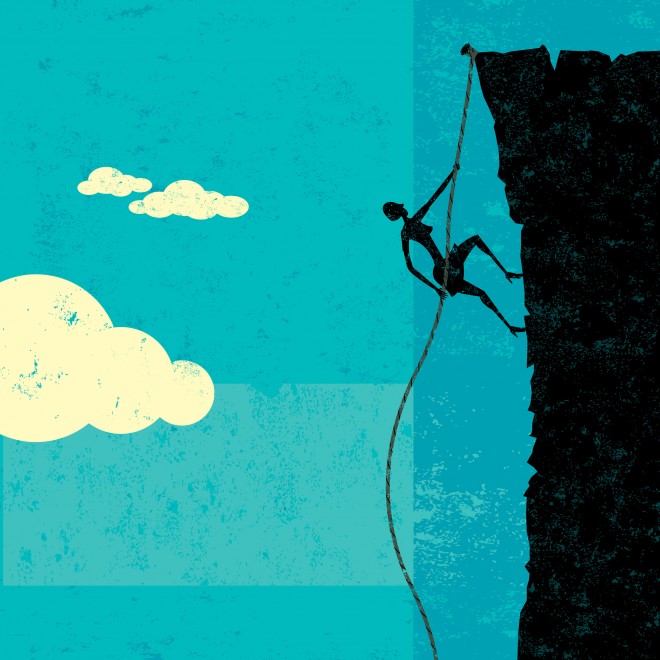 “Over-thinking is a classic beginner’s mindset,” says Peter Jensen, a sports psychologist who has helped more than 60 Canadian athletes win Olympic medals. “We call it ‘paralysis by over-analysis.’ Instead of trusting yourself, you think through too many steps, which just trips you up.” Try this: Researchers at Massachusetts General Hospital found meditating for 20 minutes a day creates measurable changes in areas of the brain responsible for reactive activity. “Basic meditation can improve the way you react to certain situations, especially potentially negative ones,” Jensen says.

Golf newbies tend to see only hazards (like sand traps), while more experienced players focus on helpful landing spots. “Thinking optimistically, and seeing opportunities instead of problems, is one of the fastest ways to get ahead,” says Judy Goss, a mental-performance consultant at Canadian Sport Institute Ontario. Try this: Set achievable, attainable goals that push you toward a greater goal. “We expect to perform at a high level every day, but even athletes don’t do that,” she says. “Athletes cycle their training and don’t expect to run a best time every time.”

Jensen worked with a skater who told him she felt nervous. “I said, ‘We’ll talk about that, but what else are you?’ She said she was physically strong during her run-throughs. It reminded her she was more than just nerves — and it calmed her down because it told her a different story.” Try this: People can’t do things they can’t imagine, so picture yourself performing well. “It’s called realization,” Jensen says. “When something becomes real to you, and you see yourself achieving it, your body believes it too.”

Mark Tewksbury, Olympic gold-medal swimmer and co-author of The Great Traits of Champions, says he owes much of his success, in and out of the pool, to scriptwriting. “I let different scenarios unfold in my head and write them out, putting positive action words in capital letters so they stick out.  I’d reread my script for months before competitions and load the thought of winning into my brain.” Try this: “Putting words to what your vision looks like helps  give you a whole new outcome,” he says.

Self-doubt can block success, says Goss. “I get my athletes to write go-to statements they can say to themselves that aren’t specific to their sport. They don’t have to be overly positive, but they do have to be hopeful.” Try this: Write powerful statements on the backs of business cards, like “I never give up. I always give my best effort.” Stash a few in your wallet and refer to them in times of self-doubt.

Of all the motivational mantras out there, Tewksbury recommends “Why not me?” “The expression came to me at the 1992 Olympics. I realized that somebody had to win the race, and why not me? Now I pose that question to Olympic teams heading into competitions. You’ve done the work, someone has to win, so why not you?” Try this: Decide you deserve it. University of North Carolina researchers found positive thinking broadens your mind to help you take advantage of opportunities that will lead to success.

“As an athlete I’ve learned that you can’t run from negative thoughts and you can’t suppress them either,” Tewksbury says. “Instead, you’ve got to vocalize them and be honest with how you feel.” Try this: Take control of uncontrollable feelings by sharing them. “I’ll tell someone close to me, ‘You know, it feels like I lost my mojo,’ or ‘I’m feeling overwhelmed,’ and then I’ll explain why,” he says. “Often just by doing that, it makes me feel so much better. Suddenly the emotion no longer has control over you.”