Easy ways to treat everything from sunburns to bug bites 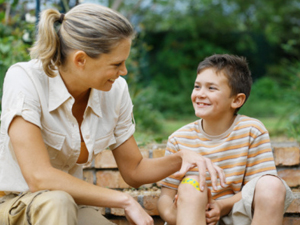 Heal cuts and scrapes
Rinse minor cuts with water, then sprinkle goldenseal or comfrey-root powder on the wound once a day. “Comfrey’s versatile,” says Marcia Dixon, a herbalist in Toronto. “It encourages new-skin growth, so it’ll help prevent scarring.”

Soothe a sunburn
Tried-and-true aloe vera eases inflammation and pain. Look for products that contain 95 to 100 percent aloe vera. Whole milk also has a cooling effect; its fat is thought to aid healing. Use a soft cloth to sponge it on sunburned skin.
For an all-over burn, add one to three cups of apple-cider vinegar to a cool bath. “The vinegar has tannins that help restore the natural pH balance,” says Iva Lloyd, a naturopathic doctor in Markham, Ont.

Take the sting out of bug bites
To calm that itch, make a paste out of three teaspoons of baking soda and one teaspoon of water, and smear over the spot. Or use a cold pack to numb the pain.

Mollify poison ivy
Outdoorsy types should look out for three poisonous plants: ivy (green vines with leaves grouped in threes), oak (also with groups of three leaflets) and sumac (smooth pointed leaves with seven to 13 leaflets per stem). If you brush up against them, try an oatmeal soak to relieve the itching: sprinkle a handful into a bath. Or try the homeopathic remedy Rhus Toxicodendron, says Lisa Polinsky, a naturopathic doctor in Vancouver, who advises taking three pellets (at 30C strength) every two to three hours.

Relieve muscle cramps
Alternate hot and cold compresses on weary muscles – two minutes for the hot, one minute for the cold – or try an old-fashioned Epsom-salts bath, says Lloyd, by adding two to four cups of salts to warm water. The magnesium in the salt helps muscle tissue release lactic acid, so it’s “great at preventing cramps, or decreasing their impact.”

Clear away summer sniffles
To fight off a lingering cold, brew a cup of echinacea tea by steeping one tablespoon of the dried herb in two cups of boiling water. The herb is antiviral and antibacterial, and it’ll bolster your immune system, says Lloyd. Add honey, which has been proven to soothe sore throats just as well as over-the-counter fixes.